The birth of the Galactic Federation part 2/3

Souls incarnate and have physical experience

A soul can lose its biological shell, for example, through the death of the same. There are also cases in which a body has lost its soul or has been deliberately taken away by mind control. Other people have crumpled or lost their souls, or are in a coma; however, they are 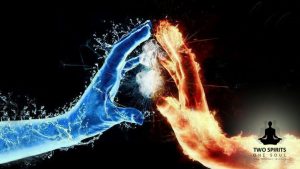 still biologically functional, but without a soul. They have become an empty, soulless body, of which many walk around through deliberate mind manipulation.

Then there are also bodies that were never inhabited by a soul, because at the moment of their conception some demons were waiting to enter. These are the negative figures, the dark creatures. They cannot love. Their vibrations are too low. Instead, they are fascinated by their own arrogance. The humiliation of others gives them joy and satisfaction. They have no connection with the Source, with the Creator, with God, with the primal ground of well-being.

Life seeks balance, while demons promote imbalance. Stay calm and focused from within, and dark beings will have no success with you. Consistently refuse to get involved with people of low vibration. It is better not to deal with them at all, but to stay in your own high, protective vibration. Sunny places with flowers and singing birds are of high vibration. Just go there and feel good! Partly, inspired by a contribution of a German-speaking reader.

The Awakened are opening their consciousness now, because most of the blockages have 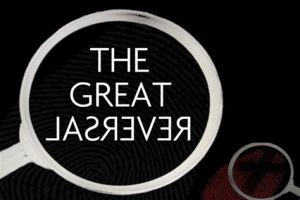 been removed. Ask from your heart: “Pleiadeans Brothers and sisters, make contact with me!” Rest assured, they will do it”.

For full explanation, our liberation process has already progressed so far that a return to the old situation is no longer possible. Everything has been done to seal the reversal once and for all. Be patient and confident, support this process with positive thoughts and protests. The great reversal will come in this year 2022.

Pleiadean Michael Love continues with his previously sent, translated and edited message to us as follows;

We take you back to the exact day and moment when your journey to Earth began!

See if you can remember anything about this… On that fateful day, 4.5 billion elite members of the galactic federation were summoned to be addressed by the Council of Light on a matter of great urgency and importance!

We listened intently as the following message came from the council;

“We have received an energetic distress signal from planet Earth!”

“We have heard the voice and cry of the people of Earth and they are in bondage, suffering in great tyranny and in darkness!” 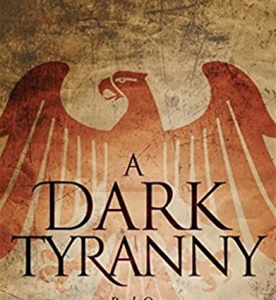 These beings of Sirius C, who travelled to Earth to get the gold for Nibiru ‘s expanse, have created a Hominidae being there! They have created a working being by combining their own essentials with the wild creature!

An intelligent being called man they have created has learned to be civilised, yet these people are still the slaves of the Anunnaki! Look at how they force the creatures of the earth to worship them!

“The people do not know what has happened to them, for the truth is hidden from them.”

A voice from the high council said,

“We must help them!”

“We must bring light to them!

“We must tell them the truth about what has happened and this truth will set them free! “

Another member of the high council said:

“We must travel to Earth and free these beings from slavery and suffering!”

We listened and heard much discussion among the sages on this matter. One asked, “Are we extending our help beyond the federation?” Another said, “The earth is not developed enough to resonate on the 5D level! This is outside our parameters and perhaps it is better we do not interfere.

“The main rule of the Galactic Codex is: “In accordance with a free will universe, no being or group of beings can interfere with the evolution of a species.

After much back and forth, it was finally decided that it was more correct to help the creatures of Earth!

Everyone agreed that this had to be done, but it seemed to violate the free will of the Galactic Codex, so “how can we do this, the wise asked?” The answer came from the wisest of the council when she said,

“you cannot interfere directly in the affairs of these people, so the only way you can help them is by becoming one of them!

Confused, we asked, “we do not understand what you mean great counsellor?” She said, “you will have to go into a human body and you will have to live as one of them and according to the Galactic Codex this is the only way you can change their situation without interfering from the outside!”

Furthermore, she said, “the only way to live in this human body is to be born into it, as a human infant!” “Your essence will still remain, but unfortunately due to the low vibrations on earth, your higher faculties will not function as well, so you will have to improvise!”

What’s more, she said, “I have to tell you the truth, “the low vibrations of the earth will in fact be harmful even toxic to your being and during a lifetime it is very likely that you will experience some painful and stressful moments!”

“It is the opposite of the perfection you are used to and it is where angels are afraid to tread!”

She also said, “you will have to incarnate there again and again in a human body for a long time until your mission is successful and completed. It will be a long time before you reach a level of spiritual maturity in that human body to be able to really make an impact!”

After hearing all these discussions about going to Earth, we weren’t too excited at all, in fact quite the opposite! Anyway, later on that fateful day the high council decided that the mission to earth was a ‘go’!

In the galactic federation, business is mainly done by volunteers, so the question was sent out to all the elite members addressed by the high council;

“Who will volunteer to go on the mission to Earth to save humanity from the darkness?”

“Who is brave enough and who is strong enough to go?”

“We have gathered you especially because you are the most elite and strongest light beings in this universe! ” “Do you want to go down?”

Well, if you remember that fateful day as we do, you will remember that not one of us said yes! Not one of the 4.5 billion raised his hand and volunteered!

To be honest, we thought about how it would feel to bring our vibration so low to live on earth and about all the other not-so-nice things we would experience! To make matters worse, we wouldn’t be able to use our higher powers to make things better, so all in all, this was the most frightening thing we had ever considered!

Do you remember that moment?

Every good story has a twist, so here’s one for you….

In the great halls of the Pleiades where we stood that day, I looked to my right and I saw you standing beside me! The Great Council of Light said, “We ask again, “Who will go to earth and save the beings there?” “Who will sacrifice everything and go down?”

It was so quiet that fateful day that you could hear a pin drop as we all stood side by side in the great halls! There was a silence in heaven for about half an hour! Then, suddenly, I saw you step forward. I saw you raise your hand for the Council of Light.

“I will sacrifice everything and descend from this high place to the earth, to save humanity!”

I will give up my divine kingship, all my supernatural abilities and I will walk with them, as one of them and I will endure what is given to me there!” I will be a light to them all and I will help them find their way! I will help them to change the world they live in and together we will make it a better place for all beings of the earth. 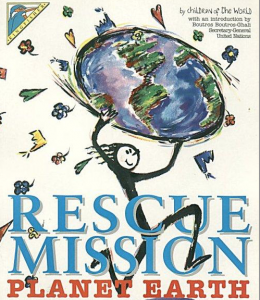 When I saw you doing this and heard your words, tears filled my eyes and I too stepped forward with great enthusiasm. I said,

“If she goes down, I will certainly go with her.” “If she is brave enough to go, then I certainly am! I will go and I will sacrifice everything to help the creatures of the earth!”

We tell you the truth, at the end of that fateful day, all 4.5 billion elite star beings who had been asked to go to Earth volunteered for the long mission!

The decree was then given that a rescue mission to Earth would soon commence!

For some time we all gathered in the great halls of the Galactic Federation and began to plan our mission to Earth!

On great tables we opened the great scrolls and writings of light and we began to make a plan for the journey to Earth! We made blueprints and we made cosmic contracts and agreements for our mission to earth!

To be continued with part 3/3