Everything Needed is in Space

Hitler’s secret anti-gravity UFO, was stolen by the US

Anti-gravity is a Technology to overcome Gravity

Anti-gravity, also known as non-gravitational field, is a phenomenon of creating a place or object that is free from 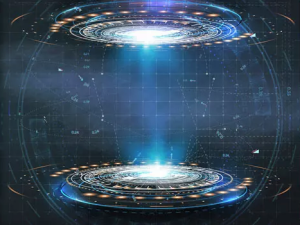 Anti-gravity is a recurring concept in science, particularly in the context of spacecraft propulsion. What is commonly misinterpreted is that while anti-gravity is the nullification of gravity, it is not repulsive gravity or negative gravity.

The term “antigravity” loosely applied covers any technology that is used to overcome gravity; to float, fly, or otherwise escape Earth’s “gravity source”. When used in the strictest literal sense of the word, it actually refers only to reverse gravity fields that supposedly repel normal gravity. For better understanding; the loose interpretation is applied.

Thomas Townsend Brown (1905 – 1985) was an American inventor whose research into odd electrical effects led him to discovered a connection between strong electric fields and gravity, Brown discovered antigravity, an idea popular with the unidentified flying object (UFO) community and spawning many conspiracy theories.

Electrogravitics can be traced back to Nikola Tesla’s work with high-voltage discharges in the late 1800s. When Thomas Townsend Brown discovered that electrostatic and gravitational fields are closely intertwined, the world changed.

In astronomical terms, gravity dominates nuclear and electromagnetic forces, which, if implemented into relatable, Earth-based technologies, would create economic and scientific paradigm shifts.

There have been thousands of attempts to produce measurable and scalable “antigravity,” a futuristic tech that theoretically produces unlimited energy for use in propulsion and other categories of technology.

Other amazing inventions were invented by one of the most incredible geniuses to have lived on Earth, Nikola Tesla. His inventions had no limits, his imagination did neither, he was catalogued by many as a ‘mad scientist’ but he was more than that. Today we can say that Nikola Tesla is without any doubt, the father of modern technology.

Among his non-conventional inventions, can be added two that are super-duper advanced: Antigravity technology and Tesla’s UFO, or rather IFO.

Tesla had a great interest in Flight, space and specifically Antigravity. In 1928, Tesla registered patent number 1,655,144 for a flying machine that resembled both a helicopter and an airplane. He had everything figured out in his mind and was putting his design onto paper. Tesla aimed at creating the ultimate flying machine, powered by energy that is found all around us.

Tesla had big ideas, and he was quickly advancing with his theories. In 1938, he talked about three incredible discoveries.

In an article, “Man’s Greatest Achievement”, Tesla outlined his Dynamic Theory of Gravity.

Tesla’s Anti-gravity technology would help him create the ultimate Flying Saucer… Space Ship, by taking advantage of the electromagnetic fields which would allow his invention to travel from the ground towards the sky with extreme speed and facility. He was awfully close to achieving his goal: Tesla performed numerous tests and experiments by applying high-voltage, high-frequency altering current to object. 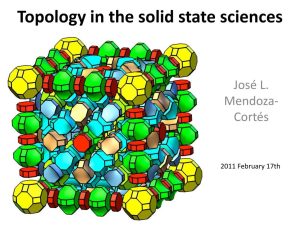 In one of his tests, when he applied high-voltage high-frequency alternating current to a pair of parallel metal plates, he noticed that the ‘space’ located between the plates turned into what he called as “solid-state.” This means that the area located between the plates exhibited attributes of mass, inertia and momentum, transforming the area into a state where a mechanical push could be exerted.

Better yet, Tesla found out that powerful electromagnetic waves could be used to push or pull objects into what appears to be ’empty space’. The drive principle is based on the Hall-effect used in semiconductor magnetic sensors, and is called the magnetohydrodynamic (“MHD”) effect.

Everything Needed is in Space

Tesla understood, in the distant past that we could make the universe work for us. Everything we need is out there, in space, and even on our planet, and the best part of it is that, everything is free. It became clear to Tesla that the nature of the universe has limitless potentials, it was up to us to understand and take advantage of the limitless opportunities it has to offer. Such as; Usable, clean and limitless energy is out there, and waiting for u, all we have to do is reach out and erase the boundaries put in place by most mainstream sciences.

“I have worked out in all details and hope to give to the world very soon. It explains the causes of this force and the motions of heavenly bodies under its influence so satisfactorily that it will put an end to idle speculation and false conceptions, as that of curved space. Only the existence of a Weld of force can account for the motions of the bodies as observed, and its assumption dispenses with space curvature. All literature on this subject is futile and destined to oblivion. So are all attempts to explain the workings of the universe without recognizing the existence of the ether and the indispensable function it plays in the phenomena.” – Nicola Tesla 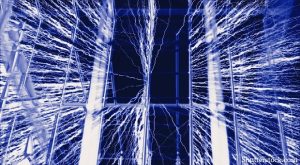 Tesla discovered that the electrostatic emission surface of a conductor will always concentrate where the surface is curved, or where it has an edge. While steeper the curve, or corner, the higher the concentration of electron emission is. Tesla also noted that an electrostatic charge will flow over the surface of a conductor rather than penetrate it. This is referred to as the Faraday Effect or skin effect discovered by Michael Faraday.

This also explains the principles of the Faraday cage, which today is used in high voltage research laboratories to protect humans and the electro-sensitive equipment from damage.

Key government officials have said that the military has used antigravity tech for years. While conspiracy theorists love the subject, some say antigravity talk is cheap and comprised entirely of untested hype. Which it is not!

The innovative suppositions and theories in Electrogravitics and Electrokinetics, the base concepts for antigravity, point to the potential for tremendous technological advances.   https://www.gaia.com/topic/secret-space-program

Simply put, if you test these theories against natural progressions, the likely advances in transport and military technologies could not only change human life as we know it, but vastly improve it.

Science laboratories in both Europe and the US have confirmed and measured a force (Brown Effect) on charged capacitors, even when operating the capacitors in a vacuum.

This removes the possibility of ionic air-currents.

Working together with Dr P.A. Biefield, Brown found that if the highly charged capacitors were properly suspended a tendency showed to move opposite to the gravitational force. When the poles of a freely suspended charged capacitor (even in a vacuum) were placed on a horizontal axis, this would cause a forward thrust that would move the capacitor in the direction of the positive pole. When the polarity is changed, the propulsion direction will reverse. This is the phenomenon known as the Biefield-Brown Effect.

Anti-gravity was demonstrated by placing the capacitor on a  beam balance and charging it. When the positive pole pointed upwards, the condenser would move to a  point of equilibrium,  when the positive pole was pointed downwards,  the balance would show a downward deflection. 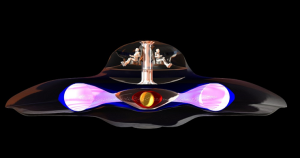 Electrogravitics is most commonly associated with the 1918 work by Professor Nipher, which preceded the 1921 experiments and eventual patents by Thomas Townsend Brown (1905-1985), the 1952 Navy’s Special Inquiry into the “Electro-Gravity Device of Townsend Brown” and the 1956 Aviation Studies Ltd. Reports on “Electrogravitics Systems” and “The Gravitics Situation.”

For his experiments, Brown used the Coolidge tube, one of the first practical tubes used in thermionic emission, the emission of electrons from heated sources. A coiled wire (tungsten filament) was used as the tube cathode (an electrode that emits electric current), which produces incandescence or light.

Because, Brown’s Coolidge tube’s mass appeared to decrease when its electrode was facing up, and it tended to increase when it was facing down, Brown concluded that he had influenced gravity with the electrode, and therefore gravity.

Brown went on to build large capacitors that produced similar fluctuations in the form of thrust. He began to believe that he had uncovered a mysterious force that could interact with gravity, thus enhance its ability to autogenerate energy and propulsion

Brown published, “How I Control Gravitation” in Science and Invention Magazine, where he reported that the eventuality of his tech would create exponential propulsion for the “ocean liners of the future.” While some have said that the US Government there is little publicly available proof that support these claims. On purpose.

Brown did not separate anti-gravity (overcoming gravity) from propulsion techniques, which can also be used to overcome gravity.

Brown spent his adult life fighting a wall of misunderstanding, at the expense of himself and his family life. His goal was to get the science of advanced propulsion into the public domain, not hidden behind the Secrecy Act of 1951 and a wall of secret documents. He died feeling that he had lost the battle.

Hitler’s secret anti-gravity UFO, was stolen by the US

The post-war reputation of Nazi scientists is their capability of almost any technological feat. Even though the Nazis lost World War II, they emerged from the war with an almost mythical reputation for high-tech weapons.

Nazi tanks were often technically superior to Allied tanks; the Luftwaffe flew fighter jets in combat before the Allies did; and the V (for Vengeance) series of terror weapons, including the V-1 cruise missile and V-2 ballistic missile, made for terrifying, though strategically questionable, weapons.

Adversaries  considered the achievements of Nazi scientists and engineers to be so advanced, in fact, that the U.S. Army sent reconnaissance teams into Germany in the later stages of the war to secure scientists and military technology before other powers, particularly the Soviet Union, could capture them. The effort, known as Project Paperclip, secured V-2 missiles and important figures like Werner von Braun, the infamous aerospace engineer Werner von Braun who invented the V-2 and later designed the Saturn V rocket for NASA’s Apollo program. 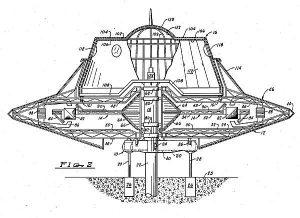 According to legend, Die Glocke “flying disc” was reportedly one such German “wunderwaffe” -“wonder weapon”.

While the Allies sent back home a trove of German super-weapons during Project Paperclip, including jets and missiles, there’s no record of any version of Die Glocke ever being captured. Read more about here.

The Pleiadians We are participating in cleansing you