The Power of Money

Under the slogan of fighting the recession, economic terror is disrupting society. What is happening now is not a recession, it is a depression that has been deliberately plaguing us since 2008. The economic collapse of today cannot be averted by easy money. 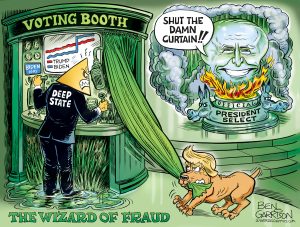 Listening to the rhetoric of the central bankers about the coming “recovery”, one would expect that our governments would at least do everything possible to get out of this misery that is supposedly caused by debt.

That is why the financial elite are launching a new plan to steal your money and assets, without clearly telling you what they are doing. They use language that only they understand except for a few people with more knowledge and understanding who understand the meaning. As always, they hide their plans in plain sight.

Be assured that the central bankers had already thought of this useless medicine for this purpose long in advance. Money printing, quantitative easing, zero and negative interest rates – none of these has breathed new life into the failing global economy. And now they are panicking as the ‘recession’ officially looms again. The solution?

Since 2008, their already adjusted monetary base has increased about tenfold, while interest rates have remained at virtually zero. In other words, they have constantly manipulated the money supply and interest rates in order to bail out the banks and finance deficit spending by governments.

Money is half of almost every transaction. By manipulating money, they manipulate the whole economy. Therefore, a new basic unit is required, the SDR, a kind of money the world has never had before: to replace the post-1971 fiat dollar with later the euro.

To generate these funds, Central Banks need to increase their balance sheets by investing via the IMF in the form of more SDRs… These can be invested as such in the World Bank and other multilateral development banks, which decide on which global public projects the needed funds will be spent on… In this way, goods, not only can be financed; they can also contribute to the global recovery.

Here’s the punchline – there is global economic recovery thanks to the IMF – through its “additional reserve currency”. Will anything be achieved by this arrangement? It does not matter. It is simply the argument for the need to print more money.

The Deep State controllers seek economic disruption, to return to the era of their right to dominate. 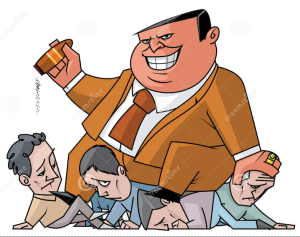 They are the visionaries of the future. They are the oligarchs. They are wolves in sheep’s clothing. They call on “the exploited citizens” to appear before them. They bark at them and cry about social justice, although justice is the last thing on their mind.

To oppress the people, they announce that there is a “national debt” to be repaid. A debt that does not exist. This scam requires scrupulously independent auditing of state accounts.

The public may not know and understand that a fiat system by definition always goes bankrupt and that this is known from the beginning. How can debt exist, if money is free and backed by debt, to be created ad infinitum?

If no debt exists, because everyone has paid their debt, the currency no longer exists! Debt is a false premise advertised by mainstream media as healthy.

There is no lost money. It was only spent on exactly what the elites and the Deep State wanted it to be spent on, without the knowledge of the people. Simply put, the money disappeared through accounting manipulation.

The same applies to banks. A bank provides ‘loans’ to buy a house or other object and calls it your debt, but is it really? If the bank creates the money from nothing. The bank does not even need to have that money in its vaults to make the loan. It does not cost the bank anything, but it calls it your debt or mortgage and you believe that you have a debt.

If we humans want to free ourselves from this nonsense, we have to regain our power now to obtain a better world.

Fortunately more people are waking up, we have arrived at the most exciting period in our evolution!

The Power of Money

The Rothschild cabal controls the creation of ‘money’ based on credit, with which they control the entire world economy. They can grow or crash the money supply at will. The depression now 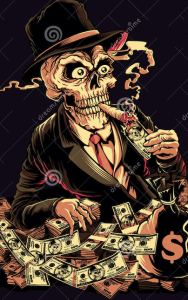 underway is the latest Rothschild creation to further centralise the global financial sector in favour of the introduction of the long-planned world central bank with SDR currency.

Once a country is indebted to the Rothschild banking cabal through their fake credit, the country is forced to hand over control of matters to the lending bank, i.e. the World Bank and the IMF. These banks then dictate economic and social policies at every level. The World Bank and IMF are wholly owned subsidiaries of the crime cabal and always have their confidants at the top.

Poor countries struggling to repay their debt are forced to cut back on social programmes, health care, education and humanitarian projects in order to repay the ‘debt’ they owe to the banks.

In contrast to the dismal situation the world is in now, there need not be conflicts or poverty. These are being deliberately caused to serve the Archon bloodline cabal’s agenda for total world dictatorship.

The Rothschilds have been manipulating the booms and busts for two centuries to further their agenda. This is easy when interest is charged on money and own the control over the creation of the money. 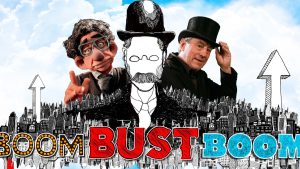 value. The Rothschilds dictate both. They decide how much money is spent and distributed through their control of banks and governments. They create a boom by facilitating the acquisition of credit that stimulates debt growth. The population goes into debt during good economic times. And crash the economy by finding an excuse to take money out of circulation and make it difficult to obtain credit. This is the phase the world is in today!

Companies and people cannot pay back their loans, because there is not enough money in circulation. Then the cabal bank seizes the collateral that was provided to secure the loan.

This reduces the number of functioning companies – their products and markets are taken over by cabal corporations in order to centralise and increase their economic power worldwide.

The same happens with governments. When a depression decimates government revenues, more borrowing is required to cover expenditure, further increasing control over government and agencies.

Most economists have no idea what is going on. They tell us that boom and bust are part of natural ‘economic cycles’. That is nonsense; these are systematically manipulated to steal the wealth of peoples and countries.

The Archon bloodline families trade shares around the world for trillions of dollars a day, determining whether markets go up or down. And when boom or bust occurs. Market crashes don’t just happen – they are made to happen. 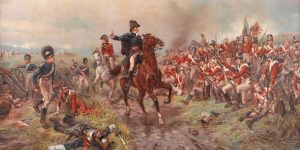 If you know when the crash is coming, because you make it happen, then you can sell high and buy low once the crash has happened. In this way they can increase their wealth by acquiring companies at a fraction of the cost of before the engineered collapse.

The classic example is of Nathan Rothschild at the Battle of Waterloo in 1815, when he ‘bought’ England. It went as follows:

“On the early morning of June 20, 1815, Nathan Rothschild, one of the five sons of Mayer Amschel Bauer, influenced one of the most ruthless financial operation in history. In less than two days, in the late evening hours of 18 June 1815, Napoleon was defeated at the Battle of Waterloo by an allied alliance led by England. This ended the Napoleonic Wars. Nathan Rothschild, by then already a wealthy and influential man, was able to spread the word via his own message courier a few hours before the official announcement to the rest of the public that the Allies had been defeated.

In this daring and deceptive manoeuvre, Rothschild began to sell large amounts of British consuls (shares) in consolidated annuities. When other investors across the country noticed Rothschild’s action, stock market panic broke out. Everyone assumed that Rothschild’s actions meant that the Battle of Waterloo was a victory for Napoleon, not the Allies, with the implication that the value of the consuls (shares) would fall because of the French victory.

Many investors followed suit, selling their consuls in anticipation of a French takeover of the country. But, just before the official announcement was made that Napoleon had been defeated, Rothschild bought back huge amounts of consuls at rock bottom prices.

When the announcement came, the value of the consuls rose, and so did Nathan’s wealth. He obtained an increase of 6,500 times of what he previously owned. In essence, he robbed the country blind, and became the main owner of England in all respects and purposes.

From then on, his family had more wealth than they could ever have dreamed of, and became an influential player in the government, influencing all major policy decisions for the future.

It is also worth noting that this arrangement was historically significant for Rothschild for another reason: It showed how a ‘manufactured’ disaster could lead to huge financial gains.”

Many readers complain that the liberation from oppression by the Deep State Cabal is not moving fast enough. That is the wrong approach. 500,000 years of oppression cannot be lifted from one month to the next. Certainly not if no initiative is taken by the people themselves. Start by waking others up by distributing FWC articles written specifically for awakening and available in many languages worldwide.

Asset Plundering, Boom and Bust Manipulated, Forgery of Economic Cycles, power of money, Use your power