The battle against the global mafia has been won

Despite the usual complaints that nothing is changing, nothing is getting better, chaos is increasing, and so many other stories from those who have no eyes to see or ears to listen, 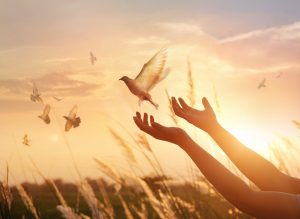 this year 2022 will be generous, especially for those who have done their homework to help build a New Earth.

Those who sowed wheat shall reap wheat. But, those who have sown weeds, will reap from their own seeds.

It has been stated so often in previous articles that everyone builds his own reality. Thus, you should not expect others to do it for you.

It is even true that change always happens from within, and that everyone has their own key that initiates change. Waiting for someone else to do it for you is a solution that never will come. And so the cry is always the same: “they talk and talk but nothing happens”. And in fact, for these people, nothing will change.

The battle against the global mafia has already been won, but convincing zombies of what has happened is impossible; they will first have to experience it first hand, after which the liberation of planet Earth will become fact.

With this, the coming major changes have been outlined and why it is taking a long time to realise it all. The wait is on for the masses to wake up, as they can’t be convinced in any other way than by experiencing this for themselves.

One of the greater changes is the GESARA event that will prove to be a very important event in history of mankind and will be experienced during our lifetime!

To the question when will this happen? Is the answer; when the masses rise up against the murder of their children through the fake Covid Pandemic and their poisonous injections. Or, through inflation don’t have food to eat. Full stop!

Planet Earth gets in 5D a new positive dimension for Environment, Food, Happiness, which creates more jobs by saving and purifying planet Earth. The ‘turnover’ gross sales metric is redundant, as the spending of money is just an illusion, like the numbers for value of shares or real estate, etc. People will start to realise their true purpose in life, which has been forgotten by the majority.

The whole population will benefit from GESARA. The Earth is one of the most abundant planets. There is more than enough gold backed money on Earth for anyone to be a millionaire without debt of any kind or nature.

This huge change is bringing great transformation in the destiny of mankind. It brings visible and unmistakable feelings of bliss. People are going to feel better, while those who are not awake will not know why.

The bottom line is that GESARA is more than a financial event, it signifies a new era that is about to take place. Once it actually begins, it will be the final end the Deep State and its puppets. And the beginning of our new positive 5D-World.

Below information is received and relayed by Michael Love

Pleiadian Light and Space Resistance forces, transmit to the Starseeds on Earth!

Great,
Inside chatter from Earth alliance members from around the world today indicates a high probability of a major solar event occurring in the coming Earth days! 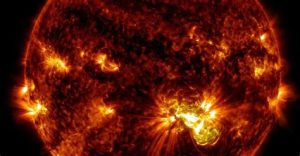 The massive and highly active sunspot AR2936, which has increased in size, is turning towards earth as we speak and in a few days, planet earth will be directly exposed to the potential of this huge unstable solar region!

This monstrous sunspot is the one that toasted 40 Star link satellites and caused them to fall back to earth a fortnight ago!

And, AR2936 is also the sunspot that erupted on the back side of the sun on 15 February, sending an incredible galaxy-sized shockwave across the solar system!

The solar explosion on 15 February was not only the largest X-ray burst measured in this solar cycle, it was the largest solar flare ever recorded, full stop!

AR2936 fired an M-5 class darkened warning shot this morning at about 10:34 UTC and all eyes from heaven to earth are on this monstrous solar region!

A data stream from the Direct Light Forces this morning reports that Delta Forces in Earth’s solar system are closely monitoring this solar region and, for once, all terrestrial solar observatories and other groups are also watching, and have switched to an enhanced mode of operation!

The Earth Alliance has issued a critical space weather and solar event alert for the next 14 Earth days, when this huge sunspot will align with Earth!

The main questions presented to the light leaders today about this situation are as follows:

Q: what are the implications for earth and humanity if a dangerous super flare hits the planet?

A: The correct answer is: it won’t and it can’t!

the right amount to enhance the earth’s DNA!

If the eruption were big enough, it is likely that all the dormant human DNA strands would be reactivated almost instantly!

Great damage to planet earth or humanity as a whole, from any source, cannot happen at this time, due to the process of planetary ascension that is taking place on earth!

Highly advanced beings in the earth’s solar system at this time are in absolute control of the power of any solar or other major event affecting the earth, so rest assured that there is absolutely nothing to fear!

Here is a fact about the earth alliance for you: a similar situation happened towards the end of 2018 when a potentially earth damaging super flare jumped out of the sun towards the earth and the shockwave was literally absorbed by massive aircraft of light docked around the sun!

All the major solar observatories on earth filmed close-ups of this event, as well as the aircraft, and of course this information was kept hidden from the humans of earth!

Q: could this be the big solar flash?
A: yes, it absolutely could be!
Q: Will it be?
A: You will know in less than a second, if a mega flare flashes from the sun towards the earth!

Great; the light leaders of earth are full of excitement right now and have incredible hope for the future of humanity!

Our true purpose for coming to earth is to assist humanity in its great evolutionary process, and when the great light arrives, we will witness this great event first hand!

The ancient civilisations of the earth have been able to see into the modern timeline of the earth and speak of the time of the sixth sun, the return of the spectacular central sunlight to the earth, bringing humanity and the earth into the golden age!

Ancient indigenous prophecies say that a flash of white magnetic light will be ejected from the sun to the earth in our modern time, turning the earth into a paradise and its beings into gods!

The ancient Lemurians said that this golden age would appear soon after the earth entered the astrological age of Aquarius!

The earth re-entered the age of Aquarius on 21/12/2021 and the time of the sixth sun has arrived!

Furthermore, the ancient writings of the great white brotherhood say; every 26,000 years, the sun moves to its deepest position in the photon belt and aligns with the galactic core! Directly in the centre of the galactic core is a fifth dimensional blinding star or sun called the central sun!

It is called the black sun, the second sun or the invisible sun! 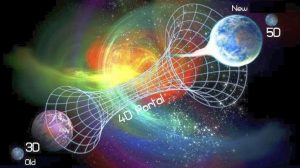 When these two suns align, a powerful transfer of energy occurs and the earth’s sun begins to have strong reactions to the exotic light waves emitting from this central star in the Milky Way!

Pleiadians have said: “A strong X-class solar flare is known to be the triggering event that shuts down the 3D matrix forever and reactivates the dormant DNA strands of earth beings, causing them to ascend to the new fifth-dimensional earth!

Great one; it is indeed an exciting time to be alive on planet earth as we gaze up at the skies in wonder!

Our hearts are filled with an awareness that something great is about to happen any moment now!

When things are right, we will see a blinding light arrive on earth that will transmute everything in this world to a much higher order!

Reports of planetary ascension symptoms have been in a high state for over 30 consecutive days due to increased solar activity and large DNA activations are occurring among the Starseeds of planet earth!

Let us know what ascension symptoms you are experiencing right now!

Divine blessing and divine speed,
Michael and the Pleiadians