When people stay healthy the Rockefeller controlled Medical Mafia cannot sell them drugs and treatments, they only can sell these when people are sick. Homeopathic remedies are relatively inexpensive and available without prescription. That is to say; before the cabal moved in, to replace the natural healing treatments with drugs that require a doctor’s 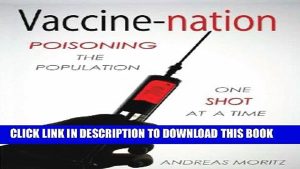 prescription. A system that virtually is a monopoly for doctors and Big Pharma.

All is about the condition of your immune system whether you stay healthy or fall victim. You easily can improve your infection resistance by drinking every day a glass fresh squeezed lemon 1/3 added with bottled mineral water 2/3. In the beginning add some additional mineral water to get used to the taste, until you’ll like it.

Nowadays, the cabal control all sides in the medical networks through the WHO. Eight million people die every year from cancer worldwide – more than 500.000 in the USA. The prediction is twelve million before 2030. Cancer is the biggest cause of death for people under the age of 85 years; in the US is this one in four.

Every day, people’s freedom is further confiscated under the guise to protect them against this kind of terrorism, caused on purpose by the 13 Archon bloodline families through their ownership of Big Pharma, to murder systemically people instead of curing them, as reliable cures are available and successful.

It was stated by Dr Richard Day (Rothschild Zionist) at the Rockefeller controlled eugenics organisation, ‘Planned Parenthood’, who told doctors in 1969,

“We can cure almost every cancer right now. Information is on file in the Rockefeller institute, in the event is decided that it should be released.”

“letting people die of cancer or something else would slow down population growth.”

“the plan is to control and cull the population through medicine, food, new-laboratory made diseases and the suppression of a cures.” 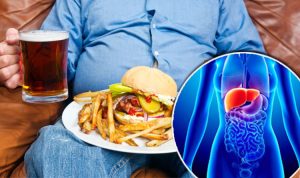 These criminal bloodline people have no soul and that’s why they do what they do. Big Pharma has no desire to cure cancer or any other illness, when it is making unthinkable fortunes from treating the symptoms with devastating drugs and cell-killing, eventually killing people with chemotherapy treatments costing on average $ 500.000 per patient.

The satanic  bloodline families enjoy killing people and let them suffer more than is necessary, as their game is culling the population. As much and quick as is possible.

Big Pharma owned by the major Rockefeller archon bloodline members, is the force behind fake and dangerous synthetic medicine, in general called allopathic drugs, as a replacement for natural homeopathic medicine, made for a tenth of the price from herbs, minerals, plants, etc.

Big Pharma’s synthetic drugs don’t heal but make and keep patients sick. Among these are vaccines, chemotherapy, radiations and the likes. These drugs kill hundreds of thousands of people every year.

Pharma scientific research has turned out to be fraudulent and cannot be trusted, in accordance to an insider whistle-blower scientist. The majority turns out to be junk science in order to deceive patients and health workers. This has given rise to the idea that immunity induced by vaccines could certainly be identical to natural immunity once a disease, such as measles or chicken pox, has been successfully warded off naturally.

Factually, it is the other way around with the Covid bio weapon vaccines, because vaccinated people have become walking bio weaponry that infects the unvaccinated!

This whole vaccine operation, is not a vaccine at all, but a toxic injection, more precisely a transmissible bioweapon with a spike protein to shed infectious particles to infect healthy unvaccinated people. This poison has been designed decennia ago to obtain the most perfect self-directed population reduction ever invented on planet Earth.

Akin leprosy disease, where patients were removed from society because they were contagious to others. Experts already talk about batches to be worn by injected citizens. In short, authorities have violated their own existence without regard to legal rules, promoting hoax vaccines to exterminate human existence on Earth.

Everything in our world is fake! The sooner people wake up and realise the lies and 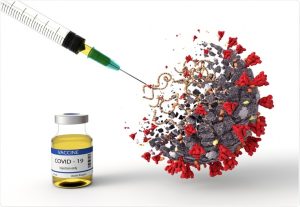 deception, the better it is for all of us.

Remember that in the midst of all this, you can be real and true. Do not let it bring you down; let it be a challenge to help us reach our potential. We the people have the power the government and authorities are in our service! Our world is filled with an awful amount of lies, deception, disinformation, distortion, fakery, half-truth, fraud, veneers, mirages, propaganda and brainwashing. The good thing though is that once awaken to the deception, people are able to raise their consciousness.

The illusionary world made people believe they live a real life, which was built on lies and deceptions. They just were living a bad dream, which is going to end soon, as they are going to wake up from it. The Dark Forces didn’t expect the interventions from the Ascended Masters, the Galactics Alliance or we the patriots to help to save humanity.

The Negative Forces continuously brainwash humans and purposely deleted memories from previous lives. All, these Deep State criminals are going to be removed one by one from this planet. Guided by the Prime Creator. They are destined to lose their souls for all violations and crimes against humanity.

Powerful energies and assistance from the Masters and Galactic Alliances are going to turn around the outcome of the war between Light and Darkness. The cabal plans of eliminating 90% of Earth population has failed. People should stand up for themselves and their families against tyrannical governments. The spark of the Light is becoming a fire, which cannot be stopped anymore.

People who refuse to be injected will die through infection from long-lasting self-replicating bioweapon vaccines through vaccinated individuals. For eugenics the perfect method to reach their target of 90% depopulation, eradicating humanity for once and forever from planet Earth. At any degree, you are warned to stay away of vaccinated people!

The great danger of the self-replicating bio-weapon has now also been confirmed by vaccine pioneer Jonas Salk, in his recently published scientific paper confirming that the SARS-CoV-2 spike protein is in fact the cause of vascular damage in recipients of Covid injections, causing strokes, heart attacks, migraines, blood clots, impaired vision and other damaging reactions, that have already claimed the lives of thousands of vaccinated people.

These vaccines deliberately inject the spike protein, and in the case of mRNA vaccines, the body turns into a self-replicating bio-weapon, spreading fatal particles from the spike protein plant into their bloodstream and releasing them into their environment, which distributes them to infect others. Vaccinated people have become weapons of mass destruction and a great danger to the society of healthy survivors.

Only stupid people and zombies get vaccinated because it is free. They do something that they think is OK, when the reality is that it is potentially fatal, but they cannot get up from their behinds to read or examine the facts, so they believe the lies instead of the truth.

Conclusion; The Globalists have created the self-replicating vaccine in order to put an end to humanity on planet Earth. 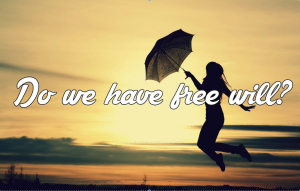 Once freewill of the majority is taken away, they become afraid and ask for more protection from government, with more restrictions in order to feel safer. That, is happening now, under the Covid rules. This is the newly created human body already living around us in the millions, unable to wake up out of their slavery. That are the beings the Deep State like most. People that don’t want freedom, but safety, fits their matrix prison, designed to be living in low and toxic vibrations.

For readers who find this too far-fetched, look around you and see the many stupid, idiotic, absolutely useless face masks worn by many. 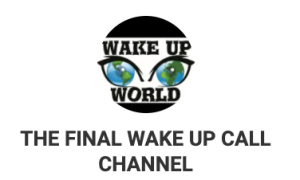