The Origin of Man

Why don’t we know anything more about our Past?

The Anunnaki and their planet Nibiru

The Creation of Man

The most important secret in this world concerns our origins, which have been hidden from us for centuries. Neither theories on this, the ‘theory of evolution’ nor the ‘theory of 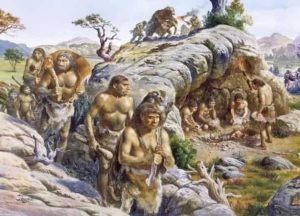 creation’ explain the true origin of the human individual. Darwin’s theory of survival of the fittest, does not explain how humans overcame the thousands of flaws within the human DNA structure, while creation theory ignores the impressive number of ancient fossils and artefacts found all over the world. So there is clearly a need for a new reliable model about our origins.

Only recently, confusion has arisen around these theories about the origin of modern humans with the discovery of fossils indicating that Neanderthal man, a primitive human, lived alongside Cro-Magnon man, viz. modern man, in what is now Israel. Curiously, these races did not interbreed.

So only one solution remains to this conundrum, writes author James Schreeve in his book ‘The Neanderthal Enigma’ that Neanderthal and modern humans did not interbreed because they could not.

Regarding reproduction, they were incompatible; they were two different species. In fact, scientific research has shown that the remains of modern humans in prehistoric Israel are as much as 40,000 years older than the remains of Neanderthals. That alone makes the theory of continuous evolution untenable. 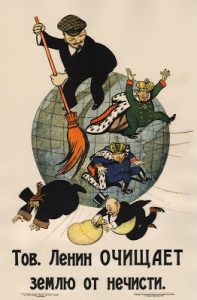 primitive and modern man, namely that there is no such link. So there have clearly been two completely different types of man, which is why a new model for the origin of man needs to be established.

A growing number of archaeologists, theologians, and historians; are challenging the ready-made answers that conventional science has always offered. However, these scientists do not give in easily, they consistently defend their ideas with skin and hair.

As intransigent and determined as those who declare that the earth is flat, they too continue to defend their theories to the bitter end, despite the growing body of evidence to the contrary.

Many of the mysteries of our planet are linked to artefacts that are thousands of years old. Such as, among others, the clay tablets found and translated, which describe, among other things, the apparent positions of the planets Venus and Saturn with their seven satellites. Which apparently could be observed in ancient Babylon without telescopes?

Why don’t we know anything more about our Past?

Including, also a rectangular ziggurat, and launch site for spacecraft, which was built

before 8000 B.C. And was discovered near Okinawa not long ago. Which, indicates a people with developed technologies who lived long before the generally assumed date of origin of the first civilisation.

The question arises: Why do we know nothing more about our past and the many artifacts that have been found? Presumably, over the centuries, much of the literature and artefacts were deliberately destroyed on purpose to keep the people stupid and lulled to sleep?

Nothing remained after the destruction of the Egyptian library in Ptah’s temple in Memphis. Similarly, 200,000 precious works disappeared when the library of Pergamum in Asia Minor was destroyed. When the Romans razed the city of Carthage to the ground they destroyed 500,000 books, then came Julius Caesar with his war against Egypt that resulted in the loss of the library in Alexandria that was considered the largest collection of books in antiquity.

Because of these tragedies, we now rely on individual fragments, random passages and paltry records, complains author Andrew Tomas. Our distant past has fallen into a vacuum that has been randomly supplemented with tablets, parchments, statues, paintings and various artefacts.

The history of this science would look very different if Alexandria’s collection of books still existed today. There is one bright spot, however; thousands of ancient writings were recently found and secured in the Vatican library. Most likely, these contain the missing facts of the past?

The origin of man on Earth is also different as told. Man originated from other planets in the Universe. Studies of human DNA point in this direction.

So the origin of life on Earth goes back much further in time than is commonly known, and is still less known as the episodes of human history. The first act of adventure began beyond the boundaries of this planet and runs through star kingdoms, galactic federations; extraterrestrials visited the then existing civilisations of Atlantis, Lemuria, Mu and those only recently discovered.

In 1882, during a period of relative ignorance and disbelief regarding extraterrestrial affairs, the scholar Ignatius Donnelly wrote in his book on Atlantis: “The Antediluvian World”, “that the Gods and Goddesses of ancient mythologies were in fact kings and queens of Atlantis. That was a high-tech Pre-Flood civilisation and the founder of successive human civilisations and communities.”

British chemist Frederick Soddy discovered that isotopes can be used for dating in geology, he wrote in 1909:

“I believe there have been civilisations in the past that were familiar with atomic energy, while they were totally destroyed by its misuse.”

The Anunnaki are the alien oppressors who used Earth humans as their slaves and kept them dumb. This seems to be true to this day. To maintain power over the human race and confiscate their possessions on planet Earth , these higher civilisations have become our prison guards.  As proof take the FEMA camps that have now been set up as people’s prisons. 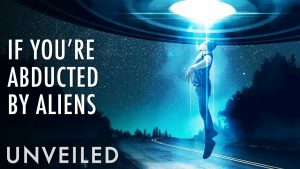 On instruction, governments, incessantly cause conflicts between people on Earth, causing constant physical hardship. This situation has existed for thousands of years and still exists today, as evidenced by, among others, their fake Covid pandemic today.

It is precisely the immense and age-old power of the omniscient elite – intertwined with their blood philosophy – that have sought to suppress every major movement in history. To avoid full unfolding of human potential. It appears that these tactics are still firmly entrenched in the highest degrees of existing secret societies.

The Anunnaki and their planet Nibiru

About 600,000 years ago, the Anunnaki of planet Nibiru organised a large battle group against the Atlantis civilisation on planet Earth, with the aim of causing Earth’s protective force shield to jump through explosions in order to take control of the Stargate port of Giza to achieve their goal of invading planet Earth. 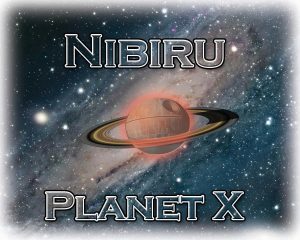 When these Nefilim, the collective name for extraterrestrials, first wanted to come to Earth some 600,000 years ago, Earth was in the middle of the first ice age. The first warm period, the interglacial, was about 550,000 years ago. The second ice age lasted from 480,000 to 430,000 years ago. When the Nephilim first landed on Earth about 450,000 years ago, a third of the Earth’s surface was still covered in ice and glaciers. Too much frozen water meant little rain fell, and sea levels were lower because much of the water had turned to ice and lay on land.

Eventually, about 450,000 years ago, the Anunnaki humanoid aliens were able to land on planet Earth by spaceship. They came from a planet about three times the size of planet Earth, which the Sumerians called Nibiru.

Nibiru was described on clay tablets in ancient Sumerian literature as the twelfth planet of our solar system. The Sumerians were far ahead of modern man in the field of astronomy, explains the Detroit News in an article. The Sumerians also counted the Moon and Sun as planetary bodies, arriving at a total of 12, the same number that makes up the assembly of Anunnaki princes.

These human-like aliens are Satanists, originating from planet Saturn. They abuse humans on Earth as their slaves to mine the gold they use to live longer.

Once the number of humans on Earth had exceeded their set limits, they reduced the population. As they did in the more recent past with the Great Flood, when only Noah with his boat and animals were able to survive thanks to the knowledge and warning received from Enki, who had genetically transformed the existing creatures on Earth into today’s human called homo sapiens.

The creation of man 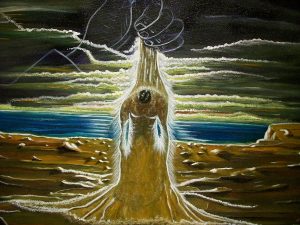 he aim was to develop a barely intelligent worker who could handle tools, be easily controlled and follow orders.

Initially, in the first created earth humans, the creators left the genetics above the 2nd strand of DNA dormant.

Although the overall purpose of human creation was to make servants and workers for the gods, the ancient clay tablets say that Enki had a loving emotional bond with his human creation. He described them as his blood children and cared for them as such.

After humans were created on earth, numerous events passed where Enki took care of them and protected them from the indifference of his Anunnaki family. Enki made sure to give humans the extra divine spark when he created them, so that they could eventually realise that they were their own God.

Later, in this human creation story; Enki went behind the back of his brother Enlil and family and gave humans in the paradise of Eden the genetic fruit of the Anunnaki tree of knowledge with the divine spark of higher consciousness.

When the Annona began this whole process of creating man, they had absolutely no idea what the result would be. The truth is that they created something far greater than themselves that also contained the truly divine spark. Enki had upgraded humanity to super-intelligent, even higher than the Annona. 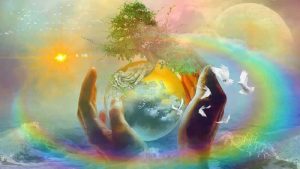 The veil holding our souls captive on this planet, through the reincarnation process, will be lifted to set humanity free, out of this bondage and evolve as the Creator originally intended.

At this point humanity has now arrived, when the awake among us successfully pass the 5D exam, they will experience first-hand how free our world really is.

Stay tuned, there is more to come.

Antediluvian World, Anunnaki and their planet Nibiru, creation of man, Extraterrestrial Oppressors, more about our Past?, Reliable Model of Origin