Deflation is the term when an economic cycle contracts and over time prices decline – actually it’s the opposite of inflation, but paradoxical equal to inflation with a negative rate. The decline of price levels is triggered by the reduction of money or credit. Originated by the reduction in spending, either by government or private sector that creates deflation. Deflation strikes simultaneously with an increase in unemployment, resulting from lower levels of demand.

Ask yourself whether during an economic downturn, you want your money to grow or shrink in value? If your future job security is in doubt, do you want to pay more or less for goods? If your savings are meagre, do you want them to have more or less purchasing power in the future? If you answer these questions 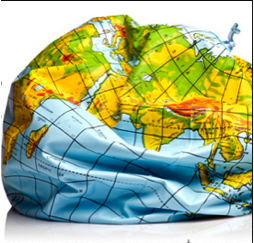 rationally, deflation is great for everyone, with a saving grace during the period of economic contraction. Throughout the 19th century, prices fell in periods of economic growth, which is precisely what the world economy needs. This is for all people to the good.

If we must have a recession, make them deflationary. Far worse is the phenomenon of inflationary recession, which Keynesians always are trying to impose upon us. For the same reason that deflation is a good thing, rising prices during a recession are the worst possible alternative, causing disincentives to savings and investments for the future. Inflation encourages consumption without creating the necessary capital base for future growth. Only extending the misery in every aspect. Increased savings reduce demand for everything. The psyche and habits of consumers at today’s stage has permanently changed.

Repeatedly the appropriate prescription of deflation has been ignored and being directed to inflation, which is the worst possible remedy. This precisely is what Central Bankers have endorsed as matter of policy. It is hardly surprising, central planners managing our lives adopt the wrong policy that makes us worse off.

The economist Keynes said that one should stimulate the economy in recessions in order to bring back consumer spending. That has not happened so far in this crisis and is not going to happen either, as there isn’t any sign of a recovery. As reported: “Where are we going to get business-investment spending when banks aren’t lending and capacity utilization is at an all-time low?” The Keynesians say, “The government has to step up and jump-start consumption!” Which only means more debt.

Deflation actually is massive wealth destruction. Two bear markets and a housing market collapse have put the consumer on the ropes. And the next bear market will bring them flat on the floor.

Reduced borrowing and lending mark another cause of deflation, since consumers are paying down debt and banks reduce lending, the resulting credit-crisis caused this recession. While bank lending shows no sign off, to rebound either. To shore up their balance sheets banks only buy government debt. Consequently lending to small business, the real engine for job creation, is decreasing or none existent.

The industry has a 30–40% reduced capacity utilization; in such an environment businesses don’t have any pricing power. In fact it has become a buyers market, where consumers dictate price levels.

Lastly there also is a reduction in the velocity of money initiated by massive deleveraging of trillions in bank losses, as result from the weak housing market – lowering the speed money that changes hands. Prices are a function of the amount times the velocity of money.

When the velocity of money slows, the amount of money will increase beyond control, which alters economics into the opposite direction which is inflation, eventually culminating in hyperinflation as too much money is brought into circulation that cannot taken out in time.

The bottom line: “The Fed will do what it takes to keep the world from deflation. They later will deal with the problems of the ensuing inflation.” However far more worrisome is the prospect of the ever-increasing multi trillion-dollar deficits.

But even as deflation is not accepted, it nevertheless will come. When supply outstrips demand prices are falling, except for food. At the same time people tap money deposits in banks to liquidate debt as precaution against bank failures. These withdrawals lead to a contraction of overall money supply. This contraction depresses prices still further. As prices continued to fall the value of assets across the board will shrink, triggering a decline in the net worth of banks and institutions holding these assets. 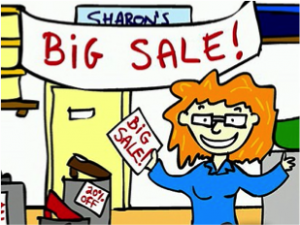 Even more deflation will be the result. Leading to less liquidity in the markets, more gloom and pessimism more hoarding of cash, and more fire sales.

The resulting deflation will have irrational consequences. As borrowers move to pay off debt, the lower the prices of goods and services will paradoxically increase the purchasing power of the paper currency and by extension the real burden of the remaining debt. In other words deflation increases the real value of nominal debts. Instead of getting ahead of their debts, people fall behind – the more people pay down debt, the more their debts weigh them down.

In the event of deflation the cost of borrowing rise above and beyond what originally was anticipated. In a major financial crisis  – with rising unemployment, growing panic, and in general unwillingness to lend – anyone in debt has much more difficulty making good on his debt, even less to refinance the debt on better terms. As credit dries up, more and more people default, feeding the initial cycle of deflation, pushing debt deflation, and further defaults. The end result is a depression, in which the economy could contract by 10% or more. Once a deflationary spiral has gained traction, conventional monetary policy tends not to work.

A deflationary implosion will become structurally inevitable it is only a question of when, rather than if. Because debt and debt financed activities have ballooned to unsustainable levels. The willful obstruction of the necessary corrective forces of recession over many years and the continued expansion of this huge debt bubble to unprecedented extremes via what is called financial engineering, in particular the derivatives, leads to become critically unstable, when it bursts a disastrous cascading deleveraging process set in. As we know, the event of this crisis, which burst the last bubble, was the sub-prime mortgage debacle. 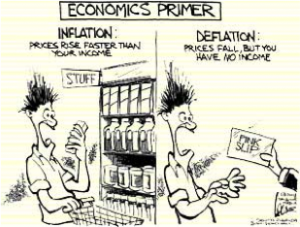 Like all bubbles either the coming debt or asset bubble or both, eventually are going to stop growing further. And as with most bubbles the end begins with a whimper, not with a bang. A few institutions collapse then many more. The effects reverberate throughout the financial system. Fear and uncertainty grip the markets, and while bubbly assets crumble, the real action lies in the financial institutions that provided the credit behind the bubble.

Deleveraging begins, and faced with overwhelming uncertainty, investors flee toward safer, more liquid assets. Look back at what happened during the beginning of the crisis in 2007/8 and the picture will be clear.

Like countless financial institutions before, the 21st century shadow banks succumbed to a crisis of liquidity and in many cases insolvency. Rarely do banks collapse all at once. In fact bank collapse may be succeeded by an interlude of relatively peace, as a superficial calm returns to the markets, inducing a suckers’ rally.

But nonetheless things continue to deteriorate beneath the surface, setting the stage for even more dramatic failures, while panic grows. This type of crisis won’t respect borders. They can begin anywhere in the world, and go global, as problems in one country surface elsewhere to other countries – via trade, commodities, currencies investments, and derivatives. The entire world becomes victim.

The Lehman Brother collapse played the role of the climax, but there were many more events that were to blame for the tragedy that engulfed the global economy. And when the dramatic phase came to an end other troubles began, as the effects of the financial meltdown echo through the rest of the economy. The damage runs deep and can take many years to heal. While all manners of measures can be taken – stimulus packages, etc. – the road to recovery shall be rough, as every institution – households, banks, other financial institutions and firms – need to deleverage by paying down or restructuring debt. Eventually some countries will default on their debt or wipe it out with high inflation and suffer a currency crash. At this point the world is about to arrive.

Over the last two years, the long bond has done better than gold. Markets don’t move in a straight line.The “trade of the decade” is working again. It’s working because gold’s recent correction has driven much of the speculative excess out of the gold price. And the trade is working again because the Fed is being forced to withdraw its support from the bond market.

We’re about to find out what the real price of bonds should be… something that’s sure to be extremely painful from the mass of investors who’ve come to believe bonds will never fall. The best advice: Beat the crowd. Sell the long bond. Buy gold. Sit tight.

“This trend… the collapse of the U.S. bond market and the role gold can play in protecting your wealth… government’s debt-addicted spending will eventually cause creditors around the world to lose faith in the dollar/euro … They will abandon the global reserve currency and most if not all of paper currencies.”

Chief Economist Polleit: “There will be no Tapering”

Unlike market observers are wondering about whether the U.S. Federal Reserve will earlier than expected to start with tapering, says Prof. Thorsten Polleit, – he doesn’t see a sign of an exit.

“I do not see any departure from the low interest rate policy,” he said. The markets have reacted in recent times extremely sensitive to statements by the central banks. When he considers and compare the current data he comes to the conclusion “that there will be no escape as the central banks will not stop buying government bonds, as on the contrary. “This crisis has been caused by too much money and too much credit provided against too low interest rates.” And with these same policies that have led to the crisis, they now try to bring so-called rescue policies on the way. “These will provide short-term relief to long-term problems that will become even greater.” He resumes: “You can see today economies stumble from one crisis into the next crisis.” The real crisis source is the money system, with today’s paper money system, in which the banks create new money by lending.” Further: “The international financial and economic crisis is essentially a crisis of the monetary system, it has been caused by the central banks policy, through expansion of money out of nothing, by artificially lowering the interest rates,” and “that can now be seen in advance,” Prof Polleit concludes. More remarks by this chief economist about the ECB, the Fed and the development of the gold price, is in below extensive interview.