Central bankers, economists, and businessmen use money interchangeably with the term “capital” but this is a fundamental error; Capital is not money, the first is scarce the second is infinite. Capital comes from savings, and the policy of cheap credit with its inflation of time preference has encouraged spending, not saving. Subsequently scarce capital is growing ever scarcer.

One day, the price of capital will reflect its underlying scarcity, but in the meantime businesses think very carefully about their capital requirements, and are increasingly wary of those for their survival, which depend on artificially cheap “financial money called capital.” As matter of fact, physical gold bullion is the oldest and purest capital that exists. 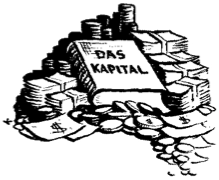 “There is insufficient capital to ensure future prosperity and insufficient realism to deal with the future this implies there is insufficient linguistic precision for most people to articulate the problem let alone understand it. And when language itself becomes so grotesquely distorted, how does one go about substituting unattainable hopes and expectations of never-ending growth with the need for principled and honest action? Even central bankers and economists don’t know, don’t remember, or simply don’t care about this critical distinction.”

Clearly genuinely created capital is necessary to stimulate the economy. That’s not the case with easy money programs that created the credit. “It managed to rig the system so this easy money was considered on par with actual capital; spurring asset prices to jump in turn…”

The headlines this created heralded the resulting highs in indices as proof that the Fed’s engineered recovery was a success. Since the capital versus money confusion is nearly universal, everything appears fine on the surface. Future expectations surged, along with a desire for immediate results from investments.

“Instead of talking about delayed inflationary forces and distortion of the monetary base, analysts and 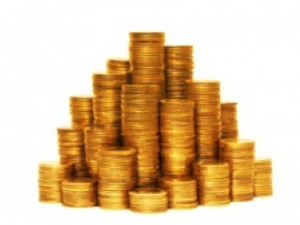 the mainstream media work under the false belief that there has been actual and meaningful growth and capital creation. The entire situation creates a terrible dilemma: The market is unsustainable, that the dollar is going to become profoundly weaker in the future, and companies that are using easy money to create the illusion of capital growth will see their stock prices drop – as there is need to invest for the future.”

Gold and silver are the surest option in this respect. Clearly these markets are on a rigged lock down so don’t look for clues for the time being. One thing definitively can be said about gold: It is real money and likes liquidity. If you have savings, then you better put it into precious metals and other tangible assets.

But depending on precious metals that are often manipulated by institutional traders alone is probably foolish. But inevitably, when getting into bonds or equities and being exposed to the bubbles and risks in the distorted markets is a dangerous alternative.

As the “recovery” ages and the flaws of it become more and more apparent to investors chasing gains, the companies that created the illusion of value purely on credit will be punished, along with anyone left holding their shares.

The only hope for individual investors is to find the few promising companies that are far from the headlines and invisible to the herd. It won’t be easy, but it is becoming the safest way to protect in this respect.

“Gresham’s Law tells us “bad money drives out good.” If people have a choice between holding debased or deteriorating paper money, or holding real money that is not losing value like gold, they will choose to hoard the good money and pass along the bad stuff.”

In effect, that’s what happened. The good money – gold – disappeared from circulation. The bad currency – dollars – became what everyone recognized as “money.” Central banks in the developing world generally decided that the prudent thing to do was to hold some gold – as well as US dollars.

And now that the developing countries are becoming more prosperous, unsurprisingly, their central banks are also accumulating more gold and less US dollars.

“Dollars are not the same as real money. They are liabilities of the US federal government – Federal Reserve Notes – much the same as Treasury bills, notes and bonds. In this way, dollars are the opposite of money. Instead, they are debt instruments of immediate maturity.” 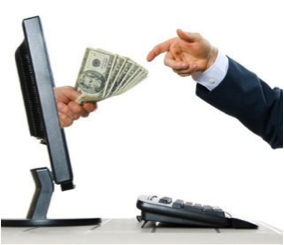 Central Bankers tells us to use them as “legal tender for all debts, public and private.” But it provides no guarantee of their value. Real money has intrinsic value. Once a debt is paid in real money, the transaction is finished. Period. Not so with US dollars. They are debt instruments, just like all government-issued paper. And debt depends on the debtor. If he defaults, his paper promises can become worthless – including his dollar or euro bills.

“As dollars replaced gold, the capitalist system became a strange and grotesque amalgamation of market-based transactions, but with less and less real capital involved.”

“Debt replaced real money. Gradually, debt spilled over and saturated all sectors. Households, businesses – everyone became drenched in debt, from recent college graduate with their student loans – to the young family with its mortgage and credit card debt – to the retirees, depending on the unfunded liabilities of the Social Security and Medicare systems.”

And when this tsunami of debt threatened to drown millions in the deleveraging crisis of 2008-2009, the powers were rushed to the scene with aid. But the given help was more debt!

There was no way they could afford to let so many debt-soaked institutions sink. They made it clear they would give the economy as much new liquidity as it needed.

“And now, even the faint suggestion that they might be getting tired of pumping so vigorously – $85 billion a month – staggers the market for stocks.”

But where does all this new liquidity go? No one knows. Some say it gets trapped, because the banks are unwilling to lend. Others maintain it is preparing another tidal wave to wash over the markets; they expect to see stocks, houses – everything that can float – rise up to unheard-of levels.

But it is a known fact; even trees don’t grow into heaven!

Bitcoin is in an upward swing, as should have the gold and silver markets long ago. If those were not suppressed in price manipulation using computers and derivatives, gold and silver would be trading in the $10,000+ respectively $100++ range and continuing to climb. But bitcoin doesn’t have a huge derivative complex to hinder in its relationship to fiat money. Bitcoin is an unobstructed alternative to fiat money and will continue to rise as confidence in the Fiat Monetary System fades. Gold and silver will follow with veracity very soon. Although this seems unfair to most gold/silver bugs – if you are patient your time will come too. “Bitcoin will continue to rise erratically and exponentially until Gold and Silver Manipulation ENDS!” – Bix Weir – Once the rigging ends, Bitcoin will suffer a violent crash.

The following conversation with GOD is a wise lesson for all of us.

“All that you thought you knew is about to be washed away. You are being given a great gift. A chance to start over. To create a new reality using what you’ve learned in the past to create a new future…”

Mike Maloney was recently asked to clarify his position on where the economy is headed – inflation or deflation? Check out below video to hear Mike’s thoughts on how this will play out, and make sure to watch the next to come episode of Hidden Secrets Of Money…