The Road to real Prosperity

Eventually, the middle class will realize, the argument to tax, borrow, and spend doesn’t lead to prosperity and consequently has failed. By then, real wages will have fallen so far that the wealth gap has become much larger – the conspiracy between governments and banks become so evident that people will vote in candidates willing to take some radical changes to get the economy on the right track. From then on people would be amazed how quickly even huge hurdles could be overcome with just some sensible policies.
Imagine what would happen if a flat income tax rate for everyone is applied, and every other tax is abolished – corporate taxes, social security taxes, payroll taxes, and all local taxes, levies, fines, and fees. People just pay 20% of income, whatsoever the source. All other tax loopholes for different corporate entities and different shelters and rebates are automatically eliminated. Whatever the source of income – dividends, capital gains, wages, etc. – everyone pays the same flat rate. 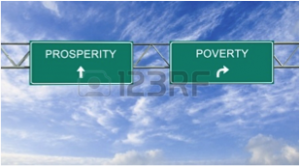 The first thing to do to get the economy back on track is to pass a flat tax through parliament. Two more steps are to be taken that would revive the economy and our standard of living.

1. Government cannot borrow money anymore, period. A modification for balanced budget to avoid financing and participate in foreign wars, and – the endless welfare state.
2. A true welfare reform is required, not the kind where everyone just jump from welfare to disability. If people have some kind of an emergency situation, they can apply for government help for a limited amount of say $5,000 over six to eight weeks. After that those people won’t get any more money from the government.

Probably many readers will protest, but please realize that between two-thirds and three-quarters of government spending is spent on entitlements; in fact it is taking the earnings or property of one to give it to another, to whom it doesn’t belong.
Next do away to secure everybody’s money by guaranteeing deposits, just make money safe; back the currency by gold. By putting up e.g. 20% in gold of every currency unit in existence. Stop the regulation of anything like banking transaction. The ones that didn’t get in trouble in the financial crisis were the unregulated hedge funds backed with private capital. It was the banks that were heavily regulated and backed with public capital that caused troubles. Leave regulation to the market. Besides people won’t even have to put their money in a bank if it’s backed by gold. All that is needed put it in an own safe.

With those measures a fair and transparent tax policy is guaranteed. A sensible government budget without budget deficit is automatically guaranteed. No need for currency control around the world about how it is spent and the way it’s banked.
If just those steps were implemented, the size of the economy could double in five years. It would be an unbelievable boom because the West – the EU and the US – compiles the largest market in the world. The majority is able to communicate in the same business language. They have the best computing, software and high technology companies. Conversely as long as the west continues with idiotic socialist policies that currently are pursued, they are going to bankrupt themselves just like every other socialist nation – no matter how wealthy and powerful.

Meanwhile it has become clear the Chinese are long-term planners. And one of their long-term goals is to 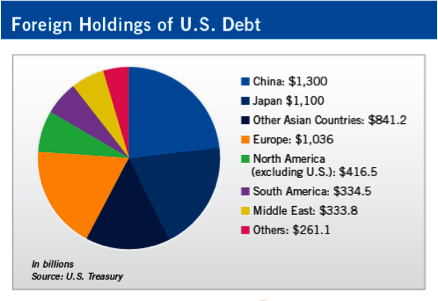 replace America as the world’s leading economic superpower. The clowns in Washington and Brussels are doing their best to help them. The U.S dollar is the world’s reserve currency. So the risk that the United States could default on its debt obligations alarmed the global financial system, while still nothing has been solved. The Chinese are the largest foreign holder of U.S. Treasury bonds, with roughly $1.28 trillion. Japan runs a close second with $1.14 trillion, and the EU are third with just over 1 trillion in US debt.

“We are angry, but are not panicked,” says Yu Yongding of the US debt-ceiling debacle. Mr. Yu is a heavy hitter in China’s power structure – a member of a government think tank called the Chinese Academy of Social Sciences, a former adviser to the policy committee of China’s central bank. “You can’t hijack the global economy through political struggles,” he added. “It’s not responsible.” Mr. Yu continues plainspoken. “Now is the time to end [China’s] dependency on the U.S. dollar.”

The Financial Times resumes: “In the short term; Mr. Yu and other top Chinese academics say Beijing’s hands are tied. With $1.3 trillion invested in U.S. Treasuries, any sudden move to sell those holdings would by itself shake global markets and undermine the value of China’s remaining U.S. assets – the very outcomes that the country’s currency reserve managers want to avoid.” 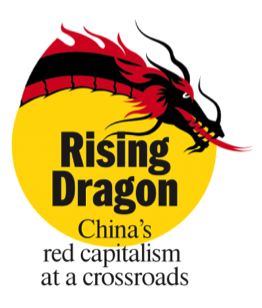 To show the Chinese don’t think short term. The government embarked on its plan to internationalize its currency, the renminbi, in 2009. Consider what’s happened since… “Dollar assets made up 69% of China’s foreign exchange reserves in 2009. By 2012, the most recent figures available, they comprised only 49%. The renminbi’s share of global trading volumes was 0.9% in 2010; according to the global payments network Swift. This year, it’s 2.2%. Last month, the renminbi was rated one of the world’s 10 most-traded currencies, according to the Bank for International Settlements.”

The Xinhua editorial offered a bunch of remedies for America’s bad behavior. One idea was U.N. control over all military action. It also called for “the introduction of a new international reserve currency to replace the dominant U.S. dollar.” This is just China’s latest move to upset America’s global dominance.

To prevent its $3.7 trillion in foreign currency from being inflated away, China is boosting the strength of its own currency by letting it float and by buying lots of gold. The Chinese central bank imported 131 tons of gold in the month of August. This is a 146% increase compared to a year prior — the second highest gold importing month in Chinese history. China has imported 2,116 tons of gold in the past two years. This is in addition to the gold it has produced domestically. The People’s Bank of China is aggressively seeking to make the RMB the only large gold-backed reserve currency in the world. – As Dan Amoss wrote: “What we have is a global economy that’s addicted to ever-higher doses of monetary stimulus. As investors recognize the addiction, demand for gold will rise.”

And so China’s strategy goes on; meanwhile Singapore will become one of several locations where Chinese institutional investors will be able to buy foreign securities with Yuan also called Renminbi. “The limit for currency trades by financial institutions in Singapore that invest in China’s domestic securities was stipulated at 50 billion Yuan ($8.2 billion), according to the Renminbi Qualified Domestic Institutional Investor program.” — “Financial ties between the two countries have deepened considerably and Singapore is well placed to promote greater use of the RMB in international trade and investment in the years to come.”

This move follows last week decision by the UK to ease rules for Chinese banks willing to set up in London, which was coupled with Beijing’s decision to open up its markets to British-based investors.

In another move to promote the Yuan globally the country agreed on a currency swap with the EU earlier this month. The swap facility that could total as much as 350 billion Yuan and €45 billion and will last for three years marked one of the largest currency deals between China and a non-Asian trading partner. To avoid a Chinese domination, obviously a restructuring plan as suggested should be implemented soon.

Below video offers the latest details. Max Kaiser interviews a China expert. Starts approx. at 16 min. – In the last ten years China saved from $1T –  $7T, while in this same period the west EU and US sank into debt of  $17T each.  http://rt.com/shows/keiser-report/episode-514-max-keiser-610/

We people are prisoners of the Fed’s actions, and the paper money system. There’s no way out now, not without hell to pay. And there is hell to pay, hell is waiting and will collect whether we like it or not. 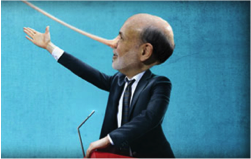 The bill is getting larger the longer the collector is dodged.

The real point of the current Fed-managed paper money system is that insiders manipulate, obfuscate, and confiscate. They can manipulate the value of our money, lie about what is really going on, and steal wealth from savers and workers to pay for their pet projects. That’s the way it has always been and shall ever be, unless we people Wake Up in large numbers! See in below video how corrupt this world is, a must to view for every responsible citizen.

“Teacher Patricia McAllister was crucified for daring to simply say out loud that Zionists controlled Wall Street while helping in an Occupy Wall Street demo in Los Angeles. She was fired for simply telling the truth. LA talk show host Bill Handel said on his show just a few days earlier, quote, “My Tribe Controls Wall Street why should I be upset about that?” Of course, he wasn’t fired because he is part of the tribe that runs the media. So, what are the facts? This video lays out the facts of the Zionist control of Wall Street and International finance like nothing else! Help give this video to the world.