The end of the beginning

In Greece the images of closed banks, smashed store windows, empty shops and desperate people were seen. Imagine soon the same is happening in your neighbourhood. In the beginning no one really knows what’s happening, people stare around, and wonder how long the food in the storeroom will last, and what to do if this situation doesn’t get resolved quickly. Because the highest levels of government and banking system are locked in a desperate last stand against a disturbing brake down of the system. No one would never have expected or even thought about as a possibility. 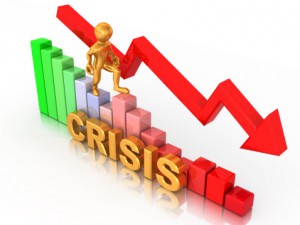 Leaders have spent trillions in trying to contain this problem, and now it looks like they’re about to lose the fight. – Suddenly people are locked out of their bank account, unable to withdraw cash or deposit a check, the stock market swings wildly out of control, your Social Security, Retirement payments aren’t entering your account. ATMs wouldn’t work, no money comes out. There is no cash, as credit, debit cards, all the electronic money stops. People aren’t prepared because the mainstream media is almost completely ignoring the dangers society is in. Today the vast majority of people still have no idea about the dark threat that’s hanging over their head as a disturbing cloud.

“There’s no official record, but it is estimated that somewhere from $ 1 to $1.5 trillion changes hands in the EU every month. People buy food, milk, and pay babysitters. They pay their mortgages and their taxes. Consumer spending alone is about 11.2 trillion annually. But there is only $1.2 trillion worth of actual euro’s and dollars – physical money – in the entire world.”

“Estimates are that 50% to 75% of US dollars are in overseas bank accounts or held by foreign governments. The rest is called “dead money” – it’s stuffed in mattresses and safety deposit boxes. In fact, the amount of U.S. dollars and euros being hoarded this way is now at an all-time high.” 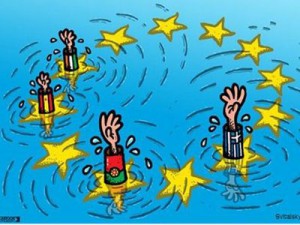 trillions of dollars the U.S. government collects in taxes every year. – But it’s also the biggest liability.”

“Because at some point all that credit can only exist if people believe they’ll get paid back. That is… if they believe that there’s enough money in America to pay back all of that $60 trillion in outstanding credit.”

The truth is that isn’t. The credit system is insolvent. And when it fails, which it will surely do, it could wipe out more wealth than any other crisis in history. To put that in context, $10.2 trillion vanished during the financial meltdown of 2008. This coming crisis will wipe out SIX TIMES that amount.

In the modern western world, long, complex chains of production and distribution put food on the table and gas in your car. Eight out of ten people live in cities or suburbs. Almost no one – not even the farmers themselves – can feed themselves from their own gardens on their own land. Instead, they all depend on credit. – First the farmer gets a loan from the bank to buy his farm. Then he uses credit to buy supplies, fuel, fertilizer, seed, everything. After the crops are grown, the wholesaler – who got a loan to build his warehouse and processing centre – uses credit to buy the raw food from the farmer so he can process and package it.

Then a trucker – who got an auto loan to buy his truck – uses credit to buy fuel so he can haul the food to a retailer. The retailer needs credit to keep the lights on, the shelves stocked, and the stores open. Each part of this chain can afford to take on that debt, because they know that eventually the consumer will buy that food, most likely using a credit card.

If the one crucial piece of that chain – credit – stops working, suddenly suburbs and cities are cut off from their food supplies. Businesses can’t run, they can’t meet payroll payments for their employees. When the credit system starts to implode, it not only destroys the mechanism that runs our economy. It shuts down access to people’s money.

Imagine what happens as lenders try to redeem $60 trillion worth of credit when there’s only $250 billion in cash to go around. Euros and Dollars become ultra-scarce, prices skyrocket, banks go under. In fact, it would only take about three hours for the entire system to shut down. Sounds impossible, but it is a fact, because the last time the credit system came to the verge of collapse in 2008 that was exactly what nearly happened. Every bank on Wall Street would have gone broke had the feds not intervened so vigorously with pumping 26 trillion in the system, although government lied about telling it just was over 1 trillion. – Credit works on trust. Someone with a huge line of credit at Lehman Brothers in 2008 went out of business; his credit had vanished.

But there’s one big difference between cash and credit: In a crisis, credit collapses. Cash – even cash backed by nothing – nevertheless has a physical, tangible presence. If the stock market gets cut in half, those slips of paper are still there. These still can be used to buy water and food. 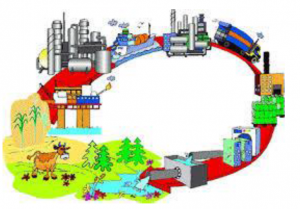 It soon will spread to a weak link in the food supply chain, causing massive shortages in the cities and suburbs. The same will happen to the gas station’s network, motorways will become empty. And one by one every service people WE are depending on, from banks to grocery stores to government, will shut down. So the valuable lesson from Greece is, people should not trust money they cannot hold in their hand.

Some of the richest, most well connected people are already preparing themselves. Some are buying gold and silver. In the immediate aftermath of the crisis, expect physical dollars, and euros to getting very scarce. Numbers on a screen will do no good in a credit collapse.

That’s why; if you ignore everything else from this essay, let’s hope that you maintain an “emergency” cash reserve at home, at least one month’s worth of expenses at minimum. But cash euros and dollars aren’t the only kind of money recommended to have during a crisis; you need emergency food and water, shelter, fire logs, a chimney to heat your place in winter, etc.

The slogan for Gold during the first decennium of the 21st century was: “Trade of the Decade”: Buy gold and sell stocks. In fact, there is a very 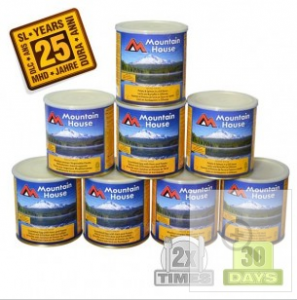 good possibility that the price of gold will go up dramatically, very soon. It’s also an excellent store of value – it is like an indestructible savings account, but this time not in a bank.

But gold’s not actually that practical for day-to-day transactions once dollars become scarce and electronic forms of payment are no longer working. In Argentina’s financial collapse, the Argentines found themselves using radically different new forms of money to barter with. The day-to-day items already in your own home are valuable in a crisis. It’s just a matter of foresight to store these, and have available when demand is high. In the aftermath of a major collapse different types of “currency” for different transactions will put up local system for transactions.

Once they had the gold, they could devalue the dollar by resetting the dollar-gold price from $20 to $35. In an instant, people lost more than 40% of their wealth – measured by gold.

That ban lasted for 42 years, and ended in 1975, thanks to the National Committee to Legalize Gold that worked hard to get the ban lifted. Today, they don’t need to outlaw gold. It is regarded as “just another asset,” like Van Gogh paintings or antiques. Few people own it. Few people care – not even the central bankers. They are unlikely to pay much attention to it – at least, for now.

Smart people will turn to gold, not just in time, but also just in case. It is a form of cash – traditionally, the best form. You can control it. And with it, you can trade for fuel, food, and other forms of wealth. Lots of things can go wrong in a crisis. Cash helps you get through it.

Today’s situation with gold and silver prices at a five year low is exactly the moment to owning physical gold and silver. Consider governments control any money you have in the bank. At any time, they can decide that you’re not allowed to touch it. And there’s nothing you can do about it.

Owning physical gold and silver ensures that you’re not at the mercy of your government. That’s why people have bought gold and silver for thousands of years, to protect their wealth during a monetary crisis. It’s the only way to keep your wealth safe when banks close and the government won’t let you touch your own money. It sounds like a nightmare, but now it’s reality for the Greeks.

Generally, the price of gold rises with uncertainty and desperation. Gold is useful. Like Bitcoin and dollars in hand – as opposed to dollars the bank owes to you, gold is not under the thumb of the government, or the banks. You don’t have to stand in line to get it, or to spend it. – More people turn to gold as a way to avoid standing in lines; central bankers could ban it again. But when gold is illegal, it will become a world where people want it more than ever. 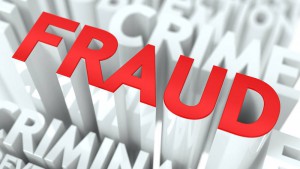 The freezing of accounts in Greece is only a taste of what’s to come, right now the highest levels of government and the banking system are locked in a desperate last stand against a disturbing monetary shock, one that will make what’s happening in Greece seem mild by comparison. – And it could disrupt people’s life in ways you never thought possible. You will suddenly be locked out of your bank account, unable to withdraw cash or deposit a check. Your stocks will swing wildly out of control. Your government-controlled payments will stop.

Remember: media disinformation serves the interests of global banks and institutional speculators, which use their command over financial and commodity markets to amass vast amounts of money wealth. The corporate establishment including the speculators controls the corridors of governments. Meanwhile, the “bank bailouts”, presented to the public as a requisite for economic recovery, have facilitated and legitimized a further process of appropriation of people’s wealth.

Vast amounts of money wealth are acquired through market manipulation, and deceit. With inside information and foreknowledge, major 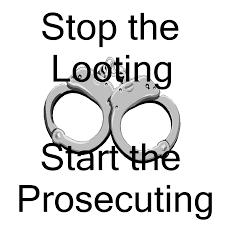 financial actors, using the instruments of speculative trade, have the ability to fiddle and rig market movements to their advantage, precipitate the collapse of a competitor, the system itself, and wreck havoc in the economies and societies of developing countries.

Take the Greek’s valuable lesson at heart, and let other people know that the last three month of this year 2015, is designated for the crash that will put the world into chaos, as planned by the RK Mafia, to rob people blind, and bring them to their knees, so they will accept the New World Order without any revolt. It is the long time ago well-orchestrated Problem – Reaction – Solution. As it is very likely that thing turn out of control even for the RK Mafia, you better use the coming two-month for the preparation of YOUR SURVIVAL.

Athens shows the full picture what is going to happen in your neighbourhood:

GREECE and RUSSIA DEAL – Russian Alliance with Southern Europe.
Paul Craig Roberts: It’s obvious; demands that are made on the Greek government to pay back debt are exceeding ability of Greek economy. All the austerity that is was imposed on Greece has driven down the economy, so entire result of this austerity is to make burden of the debt even greater.