ABUNDANCE FOR ANYONE WHO RECOGNISES THE VALUE

The Quantum Financial System – QFS has no comparison to anything that has ever been presented to the world before. It has no opponent; it has no equivalent in advanced technology that any other system possessed before. It is brand new. It is supreme in applied technology so that it offers one hundred per cent financial security and transparency to all 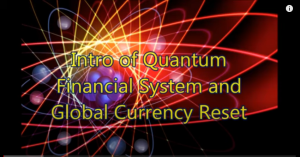 currency account holders. With the QFS, the world can easily be changed to gold-backed currencies that completely eliminate the transfer facility of the Cabal’s old central banking system.

There is no equivalent technology to explain and understand the advanced structure of QFS.

The QFS system is the new global network for the transfer of gold or asset-backed money, already initiated in Russia, China, and the US to replace the centrally controlled Swift system.

This new Quantum Financial System QFS operates on a quantum computer, placed on an orbiting satellite, and is protected from hackers by a secret space programme. This quantum technology was provided by benevolent alien Galactics.

The purpose of the new financial system is to put an end to corruption, usury and manipulation by cabal criminals within the banking world. Its strength is its implemented restrictions that prevent corrupt bankers from making significant profits.

The QFS is completely independent of the existing centralised banking system and makes all other transfer systems such as SWIFT and blockchain superfluous. In any case, blockchain technology is not needed to replace existing deficiencies in at least two other transfer networks, which calls into question the need for cryptos.

Moreover, after the Money Revaluation (RV), all sovereign currencies will be gold or asset-backed, which guarantees sustainable value, and makes the need for unbacked cryptos redundant. Remember; cryptos are nothing more than numbers in computer memories. 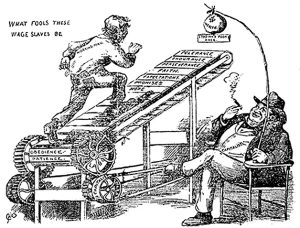 The hype around Crypto-currencies is a contemporary example of sheeple herd mentality. Born from a lack of logical independent thinking; when buying a piece of value, it is rational to exchange it for an equivalent piece of value against the exchanged object.

With the activation of the QFS, the Galactic Alliance has completely eliminated the Central Banking System, which was designed by the cabal to destroy the global economy and keep the world’s population in debt bondage.

The little-known reality is that QFS has been running in parallel with the Central Banking System for months, if not over a year, and has repelled many attempts at hacking by the Cabal. As a result, many bankers have been caught red-handed with illegal money transfers and have been consistently arrested.

It is even less known that this new money transfer system was invented in preparation for the central bank’s takeover of the debt money system to end financial debt slavery and control the population.

The Alliance handed President Trump the magic wand to take over the old central banking system without any major problems.

Our returning extraterrestrial author Vital Frosi, reports more on this.

ABUNDANCE FOR ALL WHO RECOGNISE THE VALUES

Although it is not visible to everyone, we are at the turning point of all known systems. We have been talking in depth about the changes in this end of this Earth cycle for the last 6-7 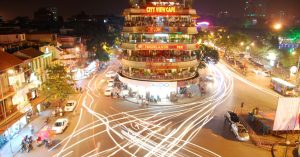 years. The planetary transition is nearing completion after three long Centuries. The most important changes are taking place now, in this decade, especially between 2020 and 2025.

We understand that many still do not perceive anything, because everything is a matter of consciousness and frequency. The changes between 3D and 5D are only visible to those who expand their consciousness to higher frequencies. A consciousness that is stuck in 3D will never perceive and understand anything that vibrates in 5D.

So we can say that the shift is not for everyone, because it is a perception. It would be like standing at the foot of a mountain and wishing to see the panorama on the other side. Those who climb to the top can see, describe and understand what is there. Those who do not climb to the top understand nothing because they do not have the perception of the reality that exists on the other side.

Change is always an opportunity to get rid of something useless and add something new and better. It is change that promotes the evolution and progress of everything. If there were no changes, everything would always remain the same, that is, static indefinitely.

The evolution of worlds and its humanity is only possible through constant movement. Everything is spiralling, from the Milky Way galaxy, a Star, a Planet, and even the direction of winds, storms, or ocean currents, to even the energies that sustain life. Without movement, life would not exist.

At the end of this Planetary Cycle is also an increase in Ascension of the souls who have incarnated here on Earth. There will be great opportunities for those who have finished developing their consciousness. It is estimated that at the end, just before the Transition, 1/3 of humanity will be ready. They are the ones who will inherit the new earth.

It will now be a time of Abundance for all who recognise the concept of value. With the removal of the world’s controllers, prosperity finally comes to all who are ready at their level of cooperative consciousness. They will be the beneficiaries of abundance.

Many understand that abundance and prosperity are only related to the financial aspect. This is a misconception, because abundance encompasses the whole. Money is only one aspect of abundance. 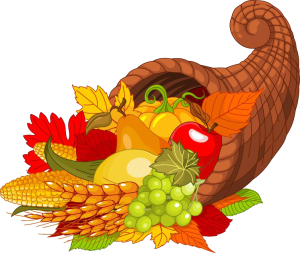 Complete satisfaction in emerging time, whether professional, in relationships, in perfect health, and yes, also in finances, is all in the abundance package. It would be useless to have a good bank balance and feel unhappy in other things.

We have said before that the Universe is an excellent manager of things. It charges, but also knows how to repay. The Universe is abundant with those who cooperate.

From now on, we are witnessing the end of competition as it gives way to cooperation. Those who are not attuned to the new frequencies will find it very difficult to remain on this Planet.

The Quantum Systems are already in operation, and no human action will go unnoticed and evaluated by them. For example, the QFS (Quantum Financial System) is already working, and it can track all money flows in real time. Because it is a Quantum System, it can fool nothing and nobody.

I have already written an article about QUANTUM COMPUTER in the past. It would be good to read it again to better understand today’s article. Everything is taken into account, even the thoughts and intentions of every human being.

This Quantum Computer will certainly bring the abundance that is to come from now on. There is no mistake; everyone will be rewarded according to their deeds. Thus, there will be abundance for all who recognise values.

This means for all who vibrate in good conduct and honesty, in other words, for all who practice what is understood to be ethical and moral, will receive this abundance. Nothing could be more righteous!

But those who take pleasure in evil, who practise injustice or profit from their own cause, will have nothing at all.

Some say: but they are already rich! Count on it; all new systems change everything, including the revalidation of coins. Illegal money will not be converted, therefore it will be worth nothing. It will not even be able to be used as toilet paper. The new poor will be those who are sitting on mountains of money with no intrinsic value.

For them, despair strikes. They may even become dangerous at some point and try to take 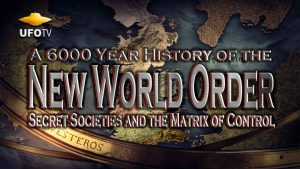 revenge, but it is not very likely that they will succeed, even for a moment. The swindlers will no longer be able to cheat. It is the end of the Deep State Illuminati/Jesuits. It is the end of the New World Order! The Quantum System has already been activated, and put into action. It is now only a matter of time before everything is actually displayed.

Yet not everyone sees the new reality. The consciousness that is stuck in the Third Dimension cannot understand the new 5D reality. It will only be visible to those who are already in the frequency that leads to the New Earth.

So there is no point in arguing between 5D minds and 3D minds. Just understand that everything is in motion and the wheel will not stop until it reaches its destination.