Planetary Transition the Greatest Event Ever 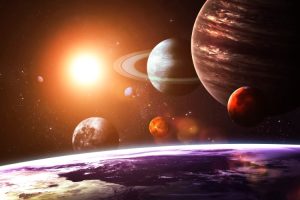 top, based in Jerusalem, Israel. To this end, all governments and influential politicians were bribed to cooperate in this goal, without knowing what it would lead to.

Everyone involved in this buying and bribing system knows that it is in their own interest to participate, and to carry out the instructions given punctually. It is actually a worldwide epidemic, and many times worse than one can imagine. The present structure has been approved under the law of the sea. Correcting this great injustice back to land law must become the people’s top priority! The controlling shadow powers behind the central banking system, must be destroyed forever to end this global corruption and tyranny.

The real rulers in Washington DC are the invisible Luciferians and the Khazars, who exercise their power from behind the scenes.

Thanks to the Law of the Sea, the way to total dictatorship in the world can be achieved by strictly legal means, invisible and unheard by Congress or Parliament, even the President, or the people.

Officially, Constitutional governments have been implemented, but within our governments and political system another body represents a parallel form of governance, it is the bureaucratic elite that believes Constitutions are useless, because they are sure they are on the winning side of the game.

All unacceptable developments in policy agreements, such as the refugee crisis, can be traced back to this group oppressing us in order to satisfy the wishes of the secret rulers.

The crimes of Central Bankers are legendary and more numerous than can be mentioned here. By providing large loans to virtually every country and people, they have become dependent on the ‘secret’ controlling power of the Global Mafiosi. Governments that want to remain independent are vigorously dealt with and removed; their leaders are dethroned. If this is not possible by means of a political propaganda coup or economic sanctions, then the CIA, Mossad, or military force are used to achieve their goal of subjecting the country and people to the New World Order regime.

In fact, it appears that the Chinese government is also controlled by a central bank of the “Nazi Rothschild” group, which dictates and controls the flow of money throughout the world in every nation in which a central bank is located. They have thus gained complete control over all money flows. In support, they have the full 5-Eyes support that makes their authority unquestioned and unchallenged.

The rich and powerful, more precisely the banksters, abuse their power to oppress and destroy the weak, along with the entire economy. The curtain is now being drawn to fully expose the Khazarian mafia with their vicious plans to infiltrate everything, and tyrannise the entire world. So that only their Babylonian Talmudism, known as Luciferianism, the ancient Satanic Baal worship, prevails!

The world has arrived at a crossroads in civilisation. The globalists, through the political establishment, have wreaked havoc on our society, industry, culture, etc. for the purpose of enriching themselves. They have now panicked as their corruption is recognised and confirmed all over the world. 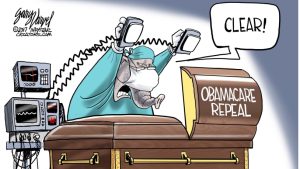 This is our last chance to save our interests and civilisation. It is now or never, by now the whole world knows that the world powers with their New World Order are out to destroy mankind by means of Covid poison injections while, the corporate media, which is not in the least interested in journalism, only spreads the promotion of the political agenda; i.e. the destruction of civilisation and mankind.

They will do whatever it takes to further spread their widespread criminality at our expense, they will stop at nothing, in their intention to destroy every living thing on earth.

The restoration of the damage done to all the peoples of our planet may take a long time. But eventually everything will be corrected, at least if the people wake up en masse and take back control, by introducing the new QFS money system and land law.

About which our extraterrestrial guest author Vital Frosi tells more below.

The entire Earth and its humanity are now experiencing a unique moment of change. This movement is called the Planetary Transition. Everything will be very intense!

There will be profound changes in all known and unknown sectors, as the Old Earth dissolves to make way for its replacement, that is, the New Planetary Home.

Everything that has been learned, known, believed and practised will gradually cease to exist in a few years. Much has already changed, but because these changes are timed, most people do not even notice.

Compare it to your hair or fingernails: they grow constantly, but you only notice it when they are already bigger. This is how the changes from the Old Earth to the New Earth are made.

When nothing is as it used to be, I can speak of many subjects here, but today I will only devote a few thoughts to the Financial System, as it is still a basic element for the survival of all. Today, there are billions of people who are worried about their jobs, their businesses, their salaries and their basic needs to make a living.

This worry is understandable, but the assurance we have from the Higher Order that controls the Worlds is that everything is going wonderfully well, and that this is leading the Earth and her humanity into a New Age, also called the golden era. 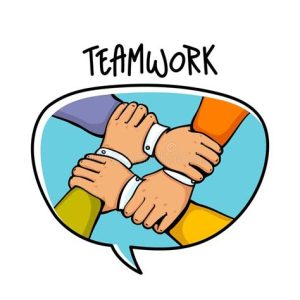 The rulers, the cheaters, the exploiters, the slavers, in short, all the power that some exercise over others, will cease to exist. And the Earth, as a feminine energy source, that is, as a mother, will give everything that her children need.

Finally, the time of Abundance and Prosperity has come! All dominating powers will be dissolved and competition will cease to exist to make way for co-operation.

The only certainty we have for now is that no one can know in advance, for several reasons. And the main reason is that it is not a system known to any human being, since it is a Quantum programme created outside the Earth.

Its coordinator is Saint Germain, Ascended Master of the Seventh Ray, who, when he incarnated here on Earth, was, among so many characters, Joseph, the father of Jesus, the Count of Saint Germain and Merlin, the alchemist.

The QFS will be a transitional financial system that will be used during a transitional period between now and the next decades, because in the future there will be no need for any kind of currency.

Nobody can know the exact date when it will start. But it will be soon. Possibly even this year 2022, otherwise during the next year. It may not start in all countries at the same time. It seems that there are still governments that are not connected with the Earth Alliance. Such governments need to be removed to release the QFS to their people.

One information that has already been released says that everything is ready, everything has been tested and everything has been approved. All that remains is to pull the trigger. The resources are available. And even for the countries where they will be released, what we can know is that it will not be for all people at once. There are important criteria that must be taken into account, and the most important of these is morality.

Old coins will lose their value. Known money will no longer serve a purpose. Then those who obtained their money illegally will become the new poor of the planet.

There is another important aspect: all those who possess resources and even wealth earned within ethics and morality will lose nothing. Such resources will be added to the new values that will be made available to all. It also seems fair and reasonable that this should be so. No one ever loses what is truly his.

But as it is described here, the exact form of everything is still unknown. In fact, most cannot even imagine the real way of existence, because man does not know it at all yet. No one has ever imagined a system of this magnitude.

A few weeks ago, a piece of information received went something like this:

“Imagine if all people, regardless of whether they have a bank account, were given an unlimited credit card to meet their needs. Anything you need, food, medicine, a house to live in, etc., you just swipe the card and the purchase is released and paid for. All needs will be met in this way.

But if a family needs a house, they cannot expect a palace, because in that case the card will not release the funds. The password seems to have a conscience. You can have everything you really need, but nothing more than that.

Maybe there is still the possibility to work, to earn that little bit extra. Offer an activity to make some difference. But the most important thing is that no one ever has to experience scarcity and lack again.

Remember, there will be a need for certain services and activities for some time to come. The world is changing rapidly, but it will not stop completely.

There is a necessary time for all adjustments.

The time of slavery through labour and debt is coming to an end. Nothing will ever be the 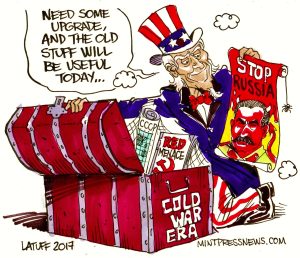 same again! Be prepared for the new that is coming soon. Do not be afraid for your profession or your business. Do not fear the future! Trust, for the Golden Age is not gold by colour, but “gold” by abundance that you deserve.

Know that you are greatly assisted by the Divine Hosts. The world of reconciliation and proof is saying goodbye! Welcome to the new era!