All will be Revealed

The Dark Powers, who have already enjoyed unlimited freedom on planet Earth for hundreds of thousands of years, now face our helpful extraterrestrial brothers and sisters, our Light Forces, 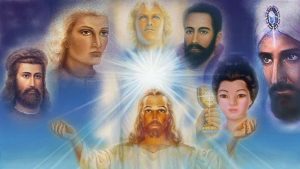 digital Soldiers and Patriots, who through great effort, have made progress in removing these negative forces from planet Earth for good.

It were the negative forces that sabotaged positive initiatives and made it impossible to break the negative isolation. But we have now succeeded once and for all.

On Earth, we have received help from our extraterrestrial Palladian brothers and sister with their crucial ability to activate spiritual and mental forces in the world. They are narrowly connected to the world of our Lightworkers.

Palladians encourage valuable efforts, joy, light and love on our world to promote ascension and enter the 5D world. Extraterrestrials are able to bring great advancement in the mental and spiritual consciousness of people on Earth. Know, that Palladians and Earthlings are similar in many ways.

The Sleepers have to convince themselves to believe and see who their real enemy and tyrants are. In short; all measures from the government are propaganda lies to wipe out humanity on earth. 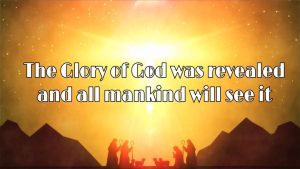 The sooner humanity wakes up to the lies and deceit, the better it will be for all of us. Don’t be modest; let this be a challenge for all to participate in this and realise our maximum potential. Remember; That our liberation must be fought from the bottom up to ensure long-term peace on planet earth!

Consciousness and Oneness are the Deep State Cabal’s greatest enemy. Their fake Covid pandemic has affected human social consciousness. Knowledge and understanding is needed to identify the social engineering programmes of the global elite so as not to fall victim to them.

What people should really fear is not the fear of dying from a non-existent Covid-19 infection, but from the terror that rules the world, frightening all people until they submit to their totally tyrannical 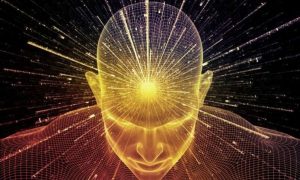 control of the once free planet Earth.

Moments come when you discover how limited the world you previously thought were real. New horizons reveal themselves as you progress. New realities emerge before your eyes. This is heartening!

But it can also bring with it a fear never felt before, due to the excitement of something unknown that this always brings. And now, even more so because of the Planetary Transition, which occurs simultaneously with the ascension of incarnated souls.

This is a unique event in the Galaxy that further heightens the excitement that this great spectacle will offer to every incarnate on Earth.

Our returning extraterrestrial correspondent Vital Frosi below is helping humanity on Earth prepare for this in order to successfully complete this new yet final development.

THE FINAL BARRIER: THE VICTORY OVER FEAR

The great marathon of the Third Dimension is coming to an end. Everything is converging towards the final hurdles within the Divine Plans governing Planet Earth. Throughout time, nearly a hundred billion souls have decided to experience temporal life under the veil of oblivion, basically feeling cut off from their higher versions and from Source itself. 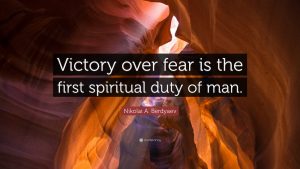 This experience in duality in a Third Dimensional World qualifies all ascended souls to join the select group of Ascended Masters. We have mentioned here before, that Earth is one of the toughest soul schools. Souls from different parts of the Galaxy and even from outside the Galaxy have come here to learn under the veil of oblivion.

The divine plan reserves for this school the completion of the great cycle of reconciliations and trials. All the experiences offered have been widely available to all students through the millennia. The time has come! We are in the final years of this planetary transition.

Of the many trials, overcoming fear is probably the last one. When the soul began the wheel of incarnations here on Earth, fear already became a part of its history. Feeling alone, disconnected from Source and abandoned from everything, it makes sense that it felt exactly like a child who has lost its parents. Thus, fear took possession of you and guided you through all your reincarnations.

We are now in our last incarnation in duality here on this Planet. And if fear was the first obstacle, it will also be the last to be overcome. Many of you say you feel lost. Yes, such a feeling is real. But soon all those who indeed feel it will have the chance to let go of fear.

Understanding what it means to be here at this school; learning to acknowledge the experience presented; assimilating the lessons offered; accepting the tests given; in short, feeling that you are, in fact, a student interested and willing to learn, will make this last piece much easier. There is not much left! Very little!

The anxiety you feel is nothing but the expectation of the soul that knows why it came here and where it is going. It knows that the long-awaited time is coming. Impatience and hurry are getting stronger now. But it is absolutely normal to feel all this. You just have to trust and understand that your soul’s purpose is being fulfilled.

The fear that has always accompanied you in successive incarnations is now manifesting itself for the last time. Welcome it with love. Wrap it in your light and let it go.

Even though it seems to have been your greatest enemy, she has not ceased to be a Master who has always taught you. She created obstacles that forced you to find solutions for them.

But now you no longer have to feel fear. You have to say goodbye to your old companion. Acknowledge her helpful cooperation through the millennia, assimilate the lessons learned and get rid of unnecessary weights. The path now goes in a different direction.

Letting go of everything that once seemed indispensable. And the fear of lack, scarcity, loss and so many other possibilities has made us accept fear as necessity.

Nasty mistake. As of now, fear is nothing but a parasite that has become accustomed to consuming your higher energy. It is time to separate from this unwanted creature.

Fear cannot enter the portal of the New Earth. In the Fifth Dimension, the low vibration of fear does not have enough frequency to sustain itself. Say goodbye to fear and take your final steps into the 5D portal. 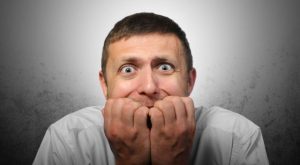 Earthly humanity has been given the chance to let go of fear since early 2020. Look how much has happened in these 3 years! Everything was a reason for everyone to feel the fears still hidden in their basements. I am not going to quote every detail of every situation here, but you can think for yourself and see how many opportunities there are to free yourself from fear.

This will surely also determine the fate of each one. Remember, the teacher cannot interfere with the answers of the tests applied to his students.

In fact, when we do the final tests of a major cycle.

We are at a Crucial phase right now!

Be prepared to face difficult times

All will be Revealed, Be prepared to face difficult times, Overcoming Fear, THE FINAL BARRIER: THE VICTORY OVER FEAR, We are at a Crucial phase right now!