A Peek into the Future

World history is being rewritten

A Peek into the Future

We live in a time out of sync with reality. Do not be confused by it. The underlying basic patterns are gaining necessary momentum at a Divinely set pace. The Deep State cabal is destroyed and now 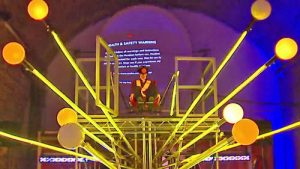 panicking, desperately trying to maintain some semblance of control. They still believe they have it.

They were clearly not prepared for the awakening of people, going after them. The Lightworkers have taken back control on many levels and the cabal cannot stand up to so many of us who are unified, awakened and united against them. Together, we are able to rid planet Earth of the evil that has been preying on us for thousands of centuries.

Fortunately, the Pléiadiens, the masters of Light, Consciousness and Ascension, are indeed our benevolent protectors in this evolution of humanity now taking place on planet Earth! They speak the higher truths to us, in a sober and easily understood language!

The information the Palladians give us is pure light and is encoded in such a way that dormant DNA strands are activated, raising our level of consciousness! There is nothing more true than ‘what is’, this higher light is eternally universal akashic data and is the ultimate truth! Explained further; akashic data are records of every thought, word and deed of every living being.

When light flows into the body, things begin to activate and change! These new light data activate the cellular DNA and cause much larger or more complex streams of information to start flowing through DNA strands and through the body in other ways on a cosmic level!

This new higher data then becomes available to consciousness, greatly increasing your awareness and level of knowledge! Moreover, when this high-vibrational cosmic light data starts flowing through the body, it unlocks memories stored in the cells of the body, even old memories!

When all this happens, one will experience an amazing, blissful aha-moment in which everything starts pulsing wider for the first time! In that moment, all kinds of forgetfulness and ignorance about ‘what is’ are removed and the light of truth forces all things to show themselves as they really are!

This is the great awakening and ascension process currently taking place on planet Earth! 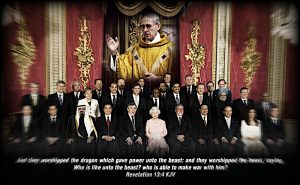 In 1868, the Vatican Jesuits, with the help of the British Monarchy, created a global system of debt money, based on a central banking system that printed fiat notes; debt securities. To legitimise themselves in non-Catholic areas, they invented capitalism, communism and Nazism with the help of secret societies like the Ur-Lodges of Freemasonry, the Knights Templar, the Round Table, Rotary and Lions service clubs.

They controlled Britain financially, and until the fall of 2013, they also owned America. In the process, they organised every major war on the planet, killing millions of Jews, Christians and Muslims. To better understand; this Deep State Cabal, Satan Worship is based on Mind Control through child exploitation, rape and human sacrifice, more clarification can be found here.

Since 1871, USA Inc has been owned by the British, the Vatican and the Rothschilds. They tricked Americans into waging wars for their own profit according to their plan to establish a renewed Roman Empire for the Vatican Jesuits, who are the instigators behind the smokescreen.

Their attacks on the population via food poisoning, Chemtrails, electromagnetic injury, sugar diseases, GMOs, wheat modification, vaccines, Morgellons disease, Nanotech, AIDS, the fluoridation, fake Covid pandemic and then the poisoning of our drinking water and murder of doctors who refused to play along were killed by Big Pharma mercenaries. This is all part of their “Soft Kill” scheme to reduce and better control the world’s population.

The Vatican was centrally involved in many of the behind-the-scenes machinations that were part of the global financial meltdown of 2007-2008, and in blocking the “Global Economic Security and Reform Act” – GESARA – which is the international welfare settlement. 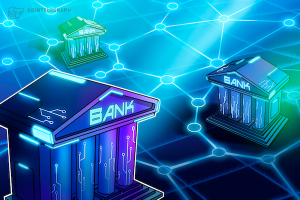 The global welfare programme GESARA is about to be proclaimed and activated, once the large mob has woken up. One of the protected funds involved is called The Saint Germaine World Trust. Most do not know that Sanctus Germanus (St Germaine) was the inspiration and promoter behind the huge explosion of computer and Internet innovations.

His fund includes deliverable precious metals and currency worth more than a quattuordecillion US dollars. The word quattuordecillion is sometimes spelt as quatrodecillion. That means 1040, or $1 with forty zeros. The Saint Germaine World Trust funds are complementary to and separate from the World Global Settlement Funds and the Global Collateral Accounts.

This action means the end of Central Banking, more specifically; the Federal Reserve Bank, ECB, B of Japan, the IRS, all tax offices and all cabal land corporations, which is actually the Deep State Khazarian shadow government, with many more institutions.

This new era will be ushered in by great abundance. This prosperity will be largely due to the endurance of our Earth allies and the brilliant strategies initiated many centuries ago by Ascended Masters.

They have made available to us a uniquely secure new financial and monetary plan aimed at spreading great abundance at the right time.

The Ottoman Turks, the Habsburgs of Austria, the Bourbons of France and the Holy See conspired in the past to create a corrupt banking system that is still in use today. Just to know; the origins of the fractional reserve banking system they created was already in use in the ancient treasuries of Rome, Persia, India and China, before being introduced into nations of the New World.

In Europe during the Middle Ages, control of this system was in the hands of the Pope and a series of allied Monarchs.

World history is being rewritten 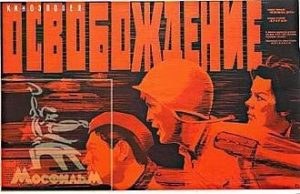 Once GESARA is in place, it will free the people of the Earth from poverty and slavery so that they can devote themselves fully to the ultimate task of necessary planetary transformation.

When GESARA comes into effect, it will mean that the Deep State War is over for good. It will mean that everyone on Earth will be sufficiently wealthy with improved living standards. It will mean that gold and silver, i.e. gold-related currencies, will no longer be manipulated and jobs will be created everywhere.

It means GESARA is meant to give everyone in the world more than enough money to prevent any lack of it forever. It means new technologies, free energy, environmental purification, flying cars and time travel to other planets and stars.

It means perfect health for everyone, including missing limbs that grow back. It means the beginning of a new era and most importantly, it is unstoppable. Not only your own fate will change forever, but also that of every other life form on planet Earth.

The entire world and every other Star nation will be affected and undergo a change once GESARA finally kicks in.

Readers may possibly ask, “What happens if the Cabal nations go bankrupt and I lose my pension?” Fear nothing. Everyone is effectively their Priority Creditor. While, the new system will be many times better than anything available so far. With a wider spectrum of care and offer higher pension benefits for both Veterans and Pensioners, in the public and private sectors. 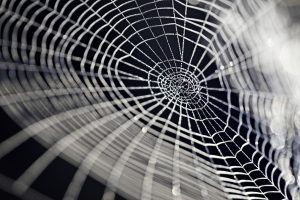 If the question is, what is currently wrong on Earth? Is the answer everything is wrong, from food, agriculture, language, education, health, technology, science, sports, money, business, almost everything, if not everything.

GESARA is designed to fix poverty and all the resulting ills on Earth during the transition phase. The changes will not be imposed lightly, but are part of the plan to bring comfort and protection that will take human morale and experiences to a new level of joy and happiness. Being happy with your life will be the general experience.

Some may say that money can buy happiness, but money can only buy goods and services!

Planet Earth will get a new metric for Environment, Food, Happiness, more jobs will be involved in saving planet Earth.

The GDP – revenue – metrics will become obsolete, as spending money only represents an illusion, like stocks and property value figures, etc. People are beginning to realise their true life purpose, which the majority on Earth have forgotten.

Humanity is going to benefit handsomely from GESARA. Earth is the most abundant planet. There is currently more than enough gold money on Earth for every human being to be a millionaire without debt.

People must learn to think for themselves and act in innovative ways, because most if not all existing parameters will become obsolete. The meaning and value of money will be totally different from today. Everyone will have enough money to live on. There will be no need or advantage to corrupt, steal or bribe. Everyone will be free to undertake any hobby as a livelihood, or to work only then if they want to. 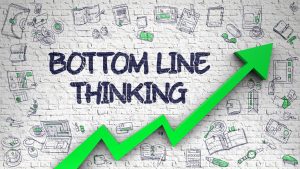 The bottom line is, that GESARA is much more than a financial event, it means a new era, and soon. It is actually going to start shortly, once the masses awaken, it will mean the end of the Deep State Cabal, and the beginning of all good on this World, as described above.

This is why the Cabal has done everything to prevent this process. They know that once this switch is flipped, the energy signature and fate of the World and every life form will change immediately.

This will not only cause huge changes in human destiny, but also radiate visible and unmistakable feelings of happiness and contentment. People will start feeling better and those who are not awakened will not know why.

Awakened ones meanwhile know why, and therefore this Event will be even more intense for them. GESARA is the New Beginning, it is the most important event in the Universe, world history and our lives! Our liberation must be fought from the bottom up!

This essay describes many of the emerging changes and explains with reason why it is all taking so long to get this going. It might be a good idea to forward this information to everyone you know, so that as many people as possible prepare for this immense change that will undoubtedly take place.

it has about begun

A Peek into the Future, Global Collateral Accounts, History, Planet Earth needs new system and way of thinking, The bottom Line, THE GREAT AWAKENING, World history is being rewritten