Population growth and eradication by drugs, food, and designed diseases

The DS-Global Mafia want people to suffer and die earlier

Today the DS-cabal control all sides in the medical networks – the WHO, which they created from the start, the public protection agencies like the US Food and Drug Administration (USFDA) and the Centres for Disease control like Hospitals and Prevention; the 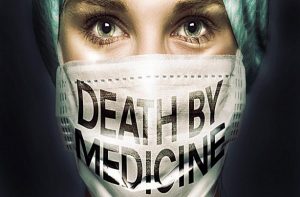 Pharmaceutical cartel, the medical universities and the doctors’ organisations. With the ownership of the media they completely control the health game.

When a new disease emerges, the immune system eventually learns to identify the signature and deals with it. Ironically and not by accident, vaccines that are supposed to boost such protraction actually undermines the body’s defences by overwhelming them with the horrible toxic chemicals, DNA from animal’s tissue and aborted foetuses, and foreign proteins like either live or dead viruses and bacteria.

To think that babies and toddlers, with their immune defences still forming, are now given some 25 vaccines, including combinations, before the age of two. The Illuminati-controlled Big Pharma makes billions of dollars a year from vaccines and far more from the drugs for those who suffer from immune-system damage caused by vaccinations. The toxic cocktails called vaccines disrupt the brain genetic decoding system, which also is the case by administered pharmaceutical drugs with cause so-called side effect. These are not side effects at all they are purposely created effects. The bloodline families coldly target the immune system to destabilise the human body from the earliest possible age and this is a motivation behind the ideas of compulsory vaccination.

When people stay healthy they cannot sell them drugs and treatments, they only can sell these when people are sick. Homeopathic remedies are relatively inexpensive and available without prescription, before the cabal moved in, to replace them with drugs that require a doctor’s prescription. A system that virtually is a monopoly for doctors and Big Pharma.

All is about the condition of your immune system whether you stay healthy or fall victim. You easily can improve your infection resistance by drinking every day a glass fresh squeezed lemon 1/3 added with bottled mineral water 2/3. In the beginning add some additional mineral water to get used to the taste, until you’ll like it.

Population growth and eradication by drugs, food, and designed diseases

Today the cabal controls all sides in the medical networks through the WHO. Eight million people die every year from cancer worldwide – more than 500.000 in the USA. The prediction is twelve million by 2030. Cancer is the biggest cause of death for people under the age of 85 years, in the US is this one in four. By the day people’s freedom is further removed to protect them against this kind of terrorism, caused on purpose by the bloodline families through their Big Pharma, who refuse systemically to cure people – whilst cure is available and possible.

It was stated by Dr Richard Day (Rothschild Zionist) at the Rockefeller controlled eugenics organisation, Planned Parenthood, who told doctors in 1969, “We can cure almost every cancer right now. Information is on file in the Rockefeller institute, in the event is decided that it should be released.”

Day added, “letting people die of cancer or something else would slow down population growth.” He continued, “the plan was to control and cull the population through medicine, food, new-laboratory made diseases and the suppression of a cure for cancer.”

The DS-Global Mafia want people to suffer and die earlier

The bloodline families Illuminati or whatever they are called, they have no soul and that’s why they do what they do. Big Pharma has no desire to cure cancer when it is making unthinkable fortunes from treating the symptoms with devastating drugs and cell-killing, eventually killing people with chemotherapy treatments costing on average $ 500.000 per patient. The bloodline family want people to suffer and die earlier than necessary as a way of culling the population. 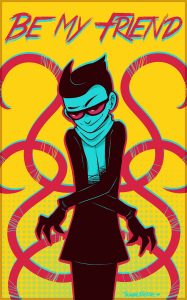 That is chemotherapy and radiation. Poisons designed to kill cells – the cutting edge mainstream cancer treatment is poisoning the victim. It kills the cells in the immune system, while the Candida is still there. The devastated system is unable to respond effectively to the Candida and it takes over other parts of the body to start the process again, causing cancer to spread. Even patients who appear to have recovered after surgery and chemotherapy and have been given the all-clear sign are just ticking clocks. In other words, Chemotherapy is killing the people opposed to curing. It cannot, cure because chemo is poison that destroys life. So, the cancer industry is another fraud, nothing more than a well planned killing machine.

For example; Mammograms for woman are causing far more cancer than it prevents. Disgusting isn’t it? The Italian Dr Tullio Simoncini realised that cancer was a fungal infection; he found that sodium bicarbonate kills the fungus and consequently the cancer. Anti fungal drugs don’t work because the fungus quickly mutates to defend itself.

Sodium bicarbonate is a powerful alkaline fungus destroyer, as the Candida cells cannot adapt to it. The patient is given a liquid form of sodium bicarbonate orally and if necessary through internal means like an endoscope. This allows the sodium bicarbonate to be placed directly on the cancer – the fungus – it actually is a alkaline of strong potency. Cancer cannot manifest in an alkaline environment – it kills the fungus.

The ancient Egyptians knew about the healing properties of anti-fungal substances and Indian books going back a thousand years actually recommend ‘alkaline of strong potency’ for treating cancer. The enormous increases in cancers have mirrored the ever-increasing acidity in the human diet; recommended is to have a PH blood test to know how acidic your body is.

More success followed and Simoncini presented his findings to the Italian Department of Health in the hope that they would begin scientifically approved trials to show that it worked. But instead he learned about the true scale of medical manipulation and deceit. The authorities not only ignored his documentation, he was expelled from the Italian Medical Order for prescribing cures that had not been approved. He was subjected to a vicious campaign of ridicule and condemnation by the pathetic media and then jailed for three years for causing ‘wrongful death’ to patients he had treated. From all angles the word was out – get Simoncini.

The medical establishment said that his claims about sodium bicarbonate were ‘crazy’ and ‘dangerous’. One ‘leading doctor’ even ludicrously referred to sodium bicarbonate as a ‘drug’. All the time millions of people were dying from cancers that could have been cured effectively. Thankfully Dr Tullio Simoncini is no quitter and he has continued to circulate his work on the Internet and in public talks. 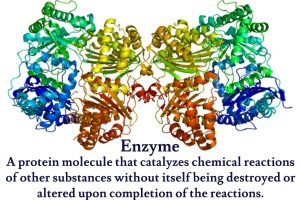 Professor Gerry Potter of the Cancer Drug Discovery Group and Professor Dan Burke, discovered that Cancer cells have a unique ‘biomarker’ that normal cells don’t have, an enzyme called CYP1B1 (pronounced sip-one-bee-one). Enzymes are proteins that ‘catalyse’ (increase the rate of) chemical reactions. The CYP1B1 alters the chemical structure of something called salvestrols that are found naturally in many fruit and vegetables.

But here’s the point with regard to cancer being a fungus. Salvestrols are the natural defence system in fruit and vegetables against fungal attacks and that’s why you only find them in those species subject to fungus damage, like strawberries, blueberries, raspberries, grapes, blackcurrants, redcurrant, blackberries, cranberries, apples, pears, green vegetables (especially broccoli and the cabbage family), artichokes, red and yellow peppers, avocados, watercress, asparagus and aubergines. 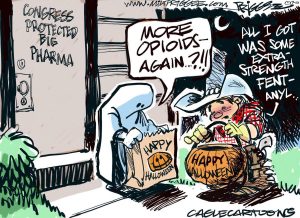 What’s more, the Big Pharma/Big Biotech cartels know all this and they have done two major things to undermine this natural defence from the fungal attack that is cancer. The chemical fungicide sprays used in modern farming kill fungus artificially and this means the plants and crops do not have to trigger their own defence – salvestrols. You only find them in any amount today in organically grown food.

The most widely used fungicides are very powerful blockers of CYP1B1 and so if you eat enough chemically-produced food it wouldn’t matter how many salvestrols you consumed they would not be activated into the cancer-destroying agent they are designed to be.

This is not by accident, but is a calculated design feature, as were, and are, the attempts by the establishment to destroy treatments originated by Dr Tullio Simoncini.

The bloodline families want people to die of cancer, not be cured of it. They are mentally and emotionally as sick as you can imagine and see humans as sheep and cattle. They don’t care how much distress, suffering and death their manipulation and suppression will cause – the more the better from their insane perspective. And that is what these people are – insane. Remember; Kissinger already said on February 25, 2009 in his speech to the WHO Council on Eugenics;

“Once the herd accepts mandatory vaccinations, it’s game over. They will accept anything – forcible blood or organ donation – ‘for the greater good’. We can genetically modify children and sterilise them — ‘for the greater good’. Control sheep minds and you control the herd. Vaccine makers stand to make billions. And many of you in this room are investors. It’s a big win-win. We thin out the herd and the herd pays us for extermination services….’”

But Dr Simoncini refuses to buckle and continues to campaign for what has seen is an effective treatment for cancer, while, in the ‘real’ world, the number of cancer deaths goes on rising incessantly because of treatments that don’t work based on assumptions that aren’t true. It is indeed a crazy, crazy society, but then, from the perspective of the bloodline families, it’s meant to be. Thank goodness for courageous and committed people like Dr Tullio Simoncini is healing from cancer possible.

Readers may be willing to share this important information with others. Remember; our goal is to provide useful information to as many people as possible. The best way to stay informed is to subscribe to Final Wakeup Call free of charge without hidden commercial interests.

Be armed with the truth and join the 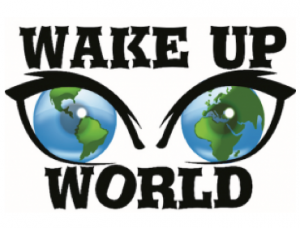