The most important thing is that people realise that our 3-dimensional reality is not real. That means, it is nothing more than a consciousness trap. Who we really are is hidden from us. Our spiritual nature is our only true form. That is why the dark powers spend so much time and money to

make people forget everything. They use subtle techniques to keep us imprisoned. That is where the real magic lies. If you can’t see this ahead, you are defeated. It is all an illusion. Soon people will discover their true origin, who and what they really are and what is really going on.

That is why only one third of the world’s population passes the 5D exam. Two thirds have to retake the schooling on another 3D planet, because planet Earth has started her ascension to 5D.

To prevent chaos among the population; the final breakthrough to total liberation of planet Earth comes when the Deep State cabal has destroyed itself, through the collapse of the global money system, mainstream media, multinationals and TBTF-banks, among others. Or, people revolt en masse when they understand that they have been lied to by their authorities about Covid vaccinations, that are not safe and effective as was led to believe. Healthy people are dropping dead after they were vaxed. This sham will lead to the total destruction of Big Pharma and the medical establishment.

On one side stand the Dark Powers that have had almost unlimited free play on the surface of planet Earth for five hundred thousand years, while on the other side have come the Light Forces, viz. the Starseeds, led by the Galactic Federation. Meanwhile, under great effort, awake patriots on planet Earth are making great progress on all fronts to remove all negative forces from our planet for good.

The true motive of the Deep State rulers is darker and more evil than most people can imagine, because it is “extraterrestrial” and has literally, surprisingly, been transformed into the Archon Bloodline Agenda 2030, to rule our world on behalf of the “extraterrestrial” Anunnaki and Draco Control Powers.

The Archon Bloodline family is deeply involved in the creation of an entirely new and more disconnected human being, completely trapped in the Matrix of the third dimension. These are disembodied beings, on a level far below that of the present. Better controlled by computers, they have become empty beings without free will and do whatever the cabal instructs.

This hypnotic magic is supported by manipulative lying. Made up on the illusion of a Creator God, about whom nobody has any orientation in terms of reality or truth. The reality is, however, that humanity is forever misguided and removed from its paradisiacal state. They do not want us to realise this. Otherwise, the great awakening of humanity will begin. 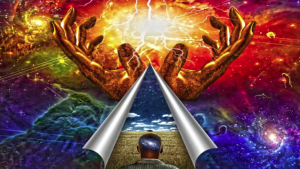 Consciousness and Oneness is a state of mind, the weapon to free us from our centuries of slavery oppression. Every human being has the right to freedom, to go wherever they want. There are no laws or rules; only respect and love for others and nature is the basic rule for everyone. In the 5D-World, time is eternity, without hurry, time pressure, or limit.

Our extraterrestrial correspondent Vital Frosi, gives below his view on the latest developments concerning this subject…

It is common to hear; wise people say that they seek a successful solution when faced with a difficult situation. While the unsuccessful ones always look for an excuse. These two choices make a difference in the final outcome of the same situation. The opportunity is the same for both, but it is the choices that bring the positive or negative outcome for all. 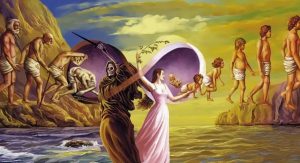 All souls currently incarnated on Earth are Fractals of higher versions of themselves. They chose to experience duality under the veil of oblivion. No one was forced to go through such experiences. Nothing justifies the lamentations and failures of necessary learning.

To say that the forces of “non-light” are responsible for the delay in the completion at the end of this Cycle in the Third Dimension, is equal to try to hide the sun with a sieve. To delegate responsibility to others is to justify failure, in order to hide one’s own incompetence.

The Earth is a School Planet and gives each of its students the same opportunities. Every soul that decided to incarnate here knew all the rules and the curriculum of this school. You knew that as you incarnated, you would have to learn all experiences in duality. You knew that the time required depended solely on you. You knew that nothing and no one could stand in the way of your achievements unless you agreed to it. You knew the difficulties, but you knew above all that the turning point or delay in completing this journey through a world of penances and trials depended only on you.

Now the time has come to complete this long 3D marathon. It is the last incarnation and the last experience in Duality. A wave of ascension awaits and, as we have mentioned here before, about 1/3 of incarnated humanity will ascend to a World of Regeneration. This will also be the big moment for Planet Earth to transit into its Five Dimensional Frequencies.

So, if nothing and no one can stop anyone from their ascension, why are there still people who take pleasure in evil? It is not easy to accept that a soul still remains on the path of darkness, when they can simply end their experiences in duality.

In the meantime, they decide to continue for a few more millennia on the long path of ascension. Their soul plan prefers to deepen the experiences, because it is not yet sufficiently prepared to integrate into the higher versions.

The people who buy into evil, or want to live experiences among thieves, corrupt criminals and especially unscrupulous rulers, are actually not wrong. They have more experience in battle and defence tactics, but they are completely disoriented.

We do not know the needs of the souls of others. We can hardly understand our own needs. If any part of humanity needs more lessons, that is the purpose of every soul. And in this way it is not for us to judge. Nobody knows what the purpose of another person’s soul is. But you do know it of yourself. Even with the veil of oblivion, the inner self knows this, and ultimately acts accordingly to the needs.

We should not judge others according to our own standards. Because the Creator Himself gives this freedom, we should only be the assistants in this great work. And only do what is in our interest. I believe that ascension now is the only goal that really interests us. Otherwise, the previous incarnations are useless.

Respect the will of the other. Only you know what you still need to complete the course in this School of Souls. Of course, we often feel the desire to help, but how can we help others if a choice has already been made?

There is a force in each of us that decides whether to continue or to complete the learning process in the world of penance and trial.

We have finally come to the end of a long and fearful time. I know what is best for my soul, though still under the veil of oblivion. The voice of this soul echoes through my heart. I have decided to end this long journey because there is nothing more to learn in duality. 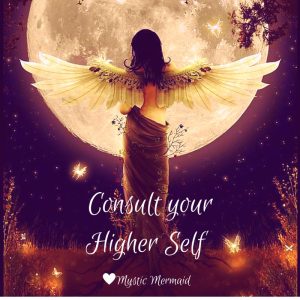 I can make this choice because I am ready – I feel that I am ready. And so can you. But you do not want another to decide for you. Only you know what you still need. There is no integration of the Soul Fractal with a higher version until the frequency is synchronised with your Higher Self.

There is no frequency division. It has to be the adjustment to the frequency, and then yes, ascension has begun.