Incredible revelation about our history

Shocking truths will be revealed

The story of what is about to happen will become the biggest news story ever in the history of mankind on planet Earth. The Global mafia with their criminal deception of debt-banking, inside jobs, mass murders, mass surveillance, terror attacks, downing of passenger planes, religious deception, are just some aspects. Centuries of elite-led misinformation is revealed. Suppressed technologies 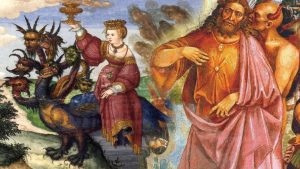 such as Free Energy; Frequency Healing; and many other life enhancing technologies suppressed for years are becoming available.

The bulk of the changes will be revealed simultaneously from multiple sources, but will nonetheless cause an avalanche of unexpected news shocks. And this will be the beginning of a new era in human history, which we will witness; it is the first major change on our planet since Atlantis disappeared more than tens of thousands of years ago.

People, inside and outside governments, will soon begin to speak the truth without fear, more than ever before. And their words will be heard, preserved and multiplied beyond the reach of oppressors. Many aspects will become unobstructed, to see the world in the light of reality about which they have been misled. Humanity in numbers is greater than politics, and will prevail.

Many historical facts will be scrutinised to find the real truth. For example, how tsunamis, strange weather conditions and earthquakes in Japan, Central America and Haiti were deliberately caused by secret government agencies. With HAARP-weather manipulated higher temperatures being observed everywhere and for longer periods of time, to deliberately make people with weak immune systems die as part of Agenda 2030.

Meanwhile, Spain has admitted to spraying deadly chemtrails as part of this secret UN programme, which began in March 2020 simultaneously with the Covid-19 Lockdown.

The fate of thousands of missing children worldwide will also be revealed. And, how and why diseases such as Cancer, Ebola, AIDS, SARS, MERS, H5N1, Zika, and Morgellons have been deliberately created. 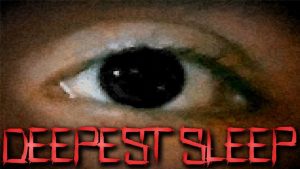 Important revelations are expected about endemic professional corruption in Western healthcare systems. Pharmaceutical medicine is shown to be a manipulative tool designed by corporate controllers to make people sick instead of curing them.

People are deliberately poisoned, with sophisticated poisons disguised as expensive treatments, drugs or vaccines. Prescribing drugs as well as invasive surgeries, which require even more expensive drugs, becomes unnecessary. If money is followed, it is clear why alternative medicines and herbal remedies were suppressed or banned because they work better and cost less.

Learn more about the Ritalin Conspiracy and Statin Drugs Scam that very effectively inhibit the production of cholesterol, while cholesterol is actually good for the body. And moreover, cholesterol is not the cause of heart disease; in fact, there is no such problem.

The Khazarian Mafia is the world’s largest Organised Crime Syndicate that infiltrated and hijacked America in 1913. This mafia gang was taken over by the Bauer family of Banksters who changed their name to Rothschild. Now known as the Rothschild Khazarian Mafia, founded on Babylonian

Talmudic “Money-Magic” known as “making money out of nothing”. With which they gained absolute control over the world banking system. This global Bank Ponzi Scam will eventually be fully exposed. To bring the hidden supremacists to justice.

The identity of the hidden global mafia, consisting of Khazarian Zionists, aided by political puppets, embedded in governments and business, will also be fully revealed.

The use of human clones in controlling European royal families, international bankers, spiritual fascism, religion, industrial militarism and political assassinations will become clear to everyone.

The fact that mind-controlled human clones have been “democratically elected” into national leaderships, signing state and religious papers, are murdered or replaced by others at will, will also be revealed. Also that Pope Jorge Mario Bergoglio, called ‘Francis’, and Queen Elizabeth II of England are key players in this mafia game. 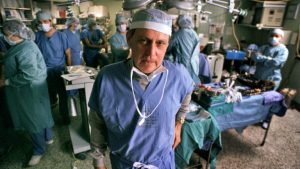 shadow government and banking syndicate, which was further expanded during the Nazi period through money laundering, with evidence of signature and approval by the British Royal Family, will be demonstrated.

The sum of money automatically deducted by the Hong Kong and Shanghai Banking Corporation (HSBC) from this one White Spiritual Boy account for banking fees and services for one quarter of the year 2010 was four hundred sixty-four trillion US dollars. This compares to the total, publicly legitimate, Gross Domestic Product of approximately seventy-eight trillion US dollars per year. Of this global figure of US$78 trillion, the European Union accounts for about 16, the US for 15 and China for 11 trillion, of the total.

The amount HSBC deducted for banking fees and services in one quarter of 2010 from the White Spiritual Boy account mentioned above was more than five and a half times greater than the publicly stated Gross Domestic Product (464 trillion divided by 78 trillion = 464 divided by 78 = 5.9).  You wonder why poverty exists? And all this was in 2010, by 2022 that figure could easily be more than double! 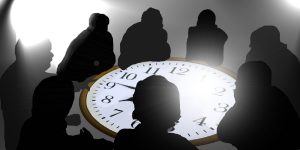 The Committee of 300 is the shadow government that controls, among other things, the world banking system, supported by the mainstream media and invisible black and grey accounts. Composed of thousands of such accounts, many under the name “White Spiritual Boy”. The chief signatory for each of these accounts is Elizabeth Windsor – Queen Elizabeth II of England.

In recent years, names such as Illuminati, Priory of Scion, Freemasons, Templars, Skull and Bones and other secret groups have been circulated. But what most people do not realise is that these societies are real, and that their true intentions have been hidden in the deepest secrecy for centuries.

Secret societies are deceptive. Each has its own hierarchy with an inner circle at the top that deceives the lower members with lies such as the goal of promoting a noble agenda; they are deceived by following a web of compartmentalised complicity. The inner circle of the Committee of 300 is the Order of the Garter, (till recently) led by Queen Elizabeth Windsor II.

The Committee of 300 is the ultimate secret society consisting of an unassailable ruling class, which includes the Queen of the United Kingdom (Elizabeth II), the Queen of the Netherlands (Queen Beatrix, who, as we shall see later, was photographed attending meetings of another ultra-secret society, the Bilderberg Group), the Queen of Denmark and all the other royal families of Europe. These aristocrats decided upon the death of Queen Victoria, the matriarch of the Venetian Black Guelphs, that in order to gain global control, it was necessary for the aristocratic members to “go into business” with non-aristocratic but extremely powerful leaders of world business, and so the doors to ultimate power were opened to what the Queen of England likes to call “the common people”.  Through their illegal banking cartel, they own the stock of the Federal Reserve, a private for-profit corporation that violates the US Constitution and is one of the roots of the problem.

Through funding from wealthy individuals such as Nathan Rothschild and others, the British East 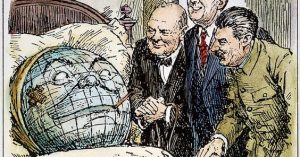 India Company eventually morphed into the Committee of 300: a group of 300 global elites who pursued a secret policy of domination over Western society.  The British monarchy, at the top of this new power structure, had already amassed great wealth itself as a participant in the opium trade. The idea behind their plan of domination was very simple:

Whoever controls the world’s wealth can ultimately exercise enormous power and influence over the planet.

Around 1865, before and after the American Civil War, the Committee of 300, the Jesuits and the 13 papal Archon bloodline families began an open attempt to influence the United States of America, to regain total control. The British monarchy did this in much the same way as before: through control of land, resources and finances.

By joining with wealthy individuals such as J.P. Morgan, John D. Rockefeller, Andrew Mellon, Paul Warburg and E.H. Harriman – many of whom had become quite wealthy through their efforts as defence contractors in the war effort – the same plan was again implemented:

Amassing enormous wealth through war and through slave labour, but this time in the United States.  Incidentally, Morgan and Warburg were American agents of the Rothschild family in England.

It is well documented that people such as the Rothschilds and the monarchs of Britain regarded the common people as insignificant slaves, often referred to as the “masses” or the “useless eaters”.

From this point on, a very small number of people began to control much of Europe’s resources, land and finances. The population played the role of pawns on a large chessboard, serving the needs of the elite, while the people were unaware of what was going on behind the scenes.

This is how manipulation works, and it still happens every day all over the world. Global finance, including banking, stock markets, or anything else, is simply a confidence trick. When people have confidence they buy and invest and the economy grows, when they lose confidence they stop buying and investing and the economy shrinks. All it takes is one gloomy prediction from a cabal-controlled financial spokesman, or one rumour circulating about economic problems, and the house of cards can collapse overnight. The cabalists are experts at this.

They and their banking cartel have financed all sides in almost every war since around 1800 – wars that their agents in government, the military and the intelligence services have manipulated to occur.

This has cost the lives of at least hundreds of millions – 75 million in WW1 and 2 alone, allowing the cabal to control governments and people through debt servicing of loans taken out.

To the nations destroyed by wars, the banking cartel of the cabal lends more money to rebuild them – the interest payments for the loans make the people their slaves. Because the cabal also owns the defence companies, they sell them weapons at huge profits, which require more loans to governments. If the cabal did not want wars, there would be none!