Abolition of Payments in Gold

Since the declared Covid pandemic some two years ago, we have been living in a perilous world. Satanic Luciferians and their highly paid minions will not let you go easily, they have conned the 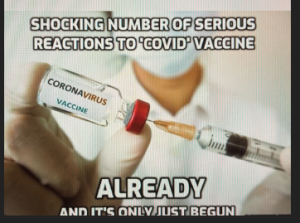 whole world into a fake pandemic, in order to fulfil their Eugenic agenda of 90% depopulation.

The bloodline families want people to die of cancer and other designed diseases, not to be cured of them. They are mentally and emotionally ill to an unfathomable degree, they see people as expendable cattle. They do not care how much suffering, anguish and death their manipulation and oppression causes. From their insane, psychopathic perspective; the more, the better. And that is what these creatures are; insane psychopaths.

The Deep State agenda has designed three major attacks on the immune system of humans. Vaccination, PCR testing and wearing masks. All three introduce nano particles into your healthy system, to destroy your immune system over time.

People are made to feel afraid and desperate in order to accept routine intravenous medication by taking something that supposedly helps and protects them, only to have them willingly and even eagerly stand in line to get their free vaccination. Which is the most perfect killer system ever invented.

Free lunches do not exist, there is always a hidden motive. Here is the fact;

Vaccination programmes are the main attackers of human health. There are also other attack 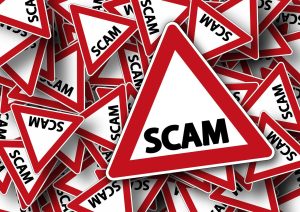 mechanisms to consider. PCR tests and masks, Chemtrails and radiation, like vaccines, are also delivery systems of substances that damage health.

The globalists orchestrated the COVID hoax, which is nothing more than a common flu disguised as an infectious virus, enabling global despotism through controlled totalitarian surveillance states; Corona/Covid does not exist, never existed, full stop! it is 100% scam!

It is good to know; that the truly sinister medical goal of the vaccine is to exterminate as many people as possible, eventually up to 90% of the current population must be killed before 2030, according to their Agenda 2030!

In short, this is the final stage on the road to total world domination, through the destruction of humanity, i.e. the end of human civilisation on planet Earth.

Abolition of Payments in Gold

In the last fifty years, the population of planet Earth has more than doubled – about 2.2 times the population since 1971. When President Nixon declared on August 15, 1971, that the US balance of payments deficits would no longer be paid in gold, the US and most of the rest of the world were already at an unsustainable economic dead end. The abolition of payments in gold to cover the export account deficit was a sign of economic weakness on the part of the US. The fact is that the US had been an economically sick country for many years, well before 15 August 1971, the date when the US refused to pay its export deficits in gold.

The US was already an economically sick country long in the time of Franklin Delano Roosevelt’s presidency, when he finally decided, together with Henry Morgenthau, to raise the price of gold in 1933, i.e. to lower the value of the dollar from $25.69 to $35 per Troy ounce. Moreover, Roosevelt issued orders prohibiting US citizens from owning gold.

Roosevelt disadvantaged foreign creditors of the US, who expected to be paid one ounce of gold for every $25.69 they owed for their exports to the US, and paid them only one ounce in exchange for $35 dollars of debt.

“The return to a gold standard” implies that the US must adopt a whole new way of life, which has not been followed since the 19th century! This is simply not going to happen.

Look at how many millions of people are living today, as a result of the absolutely colossal debt that Western countries have accumulated in 100 years of fiscal mismanagement.

Many people are still alive, because governments are using the debt as cover for spending of new money, in order to maintain “the lifestyle”, while the economic wealth of the people originally consisted of gold, are now paying for it.

This implies that no longer the beneficiaries of fiat money i.e. those who received US Dollars, tens of millions of people worldwide will starve because they do not have the gold to pay for their livelihood.

But this has already been provided for; The world will most certainly return to the gold standard when the QFS system replaces the Rothschild designed central bank money scam worldwide.

It all began in 1770, when Mayer Amschel Rothschild, hired Adam Weishaupt of Jewish descent and a renegade Jesuit-educated professor of ecclesiastical law, to revise and modernize Illuminism, the worship of Satan, in order to impose world domination, according to Luciferian ideology, “on what remains of the human race” after a final orchestrated social-cataclysm by epidemics. 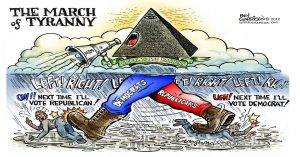 In 1773, Mayer called together 12 wealthy men in Frankfurt and asked them to pool their resources, after which he presented a 25-point plan that would enable them to gain total control over all the wealth, natural resources and manpower of the entire world.

He listed the 25 agenda items that had to be fulfilled

The way to comply with all this is as follows;

The Jesuits, from the Knights of Malta, are a Military Religious Order of the Roman Catholic Church;

“When a Jesuit of lower rank is to be elevated to the rank of Commander, he is led into the chapel of the monastery of the Order, where only three others are present, the Director or Superior standing before the altar. On either side stands a monk, one of whom holds the yellow and white banner, the papal colours, and the other a black banner with a dagger and a red cross above a skull and crossbones, with the word INRI, and below it the words Iustum, Necar, Reges, Impious.

The meaning of this: It is righteous to exterminate or destroy godless or heretical Kings, Governments or Rulers.

It is worthwhile to see which well-known individuals are complicit in this criminal operation to wipe out 90% of the population.