The End of a Long 3D Cycle

Is it Value or Price?

Everything looks perfectly normal; your neighbours are still living in their priceless big houses, driving the kids to and from school in brand new luxury cars, leaving no one thinking about an 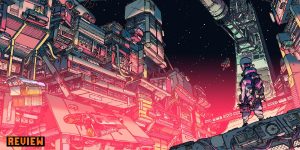 However, the truth is that most of these houses and cars are largely financed with ‘debt money’, and that will break down the moment the economy hits the wall. All the figures are absolutely alarming indicating that the global economy is well on track for the biggest global financial Armageddon.

People are impatient and their memory is pitifully short. Very few are able to apply a long-term view of what is going on. Everyone has become accustomed to “living in the now” and not focusing on what is coming their way.

The headlines do not scream about a “stock market crash” or an “economic depression”, October would have been the month when everything was going to happen. But that does not mean the economy is on the mend by any stretch of imagination.

The HSBC bank owned by the Global Mafia; the largest in the western world, says the global depression has begun, and the pain we have experienced so far is just the tip of the iceberg. So don’t think it’s time to relax, just get on with all the preparations. 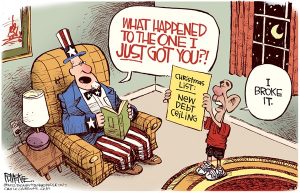 The global economy is bankrupt on every aspect and in every region. Most of the EU is figuratively underwater, while Portugal has become the latest acute country. Socialists want Portugal’s debt to be written off by 50 per cent, and to leave the EU currency union. The euro has already destroyed enough European countries by now.

The banks are in a desolate mess, interest rates must remain at zero per cent or else every institution that holds derivatives will be bankrupt, like Deutsche Bank, for example, which holds several hundred trillions in derivatives that are about to blow up. They are not the only bank with such massive exposure. So does JP Morgan, effectively the US TBTF banks collectively have as much as $500 trillion in derivatives exposure.

The actual exposure value for these banks is estimated to be around double. If any of the counterparties go under, the bank total will be $500 trillion or more, and the global total derivatives exposure of $2.5 trillion that will cause irreparable losses.

Today’s economy is facing a deadly convergence of three critical factors due to the fallout of the largest debt bubble in history. Caused by:

If, the crisis begins, cash-money will be king. It will buy more of everyday goods and services. All types of financial and real estate assets will collapse in price.

It is difficult to predict what the cascading effects will be. But the extent of overinvestment and overcapacity in everything from real estate to oil exploration, iron ore mines – dry bulk carriers – aluminium plants – steel mills – cruise ships – and so on, is so great, something not seen before, the problems will have to get worse before the Deep State cabal admits its demise.

Humanity on Earth has now reached the end of the long 3D cycle of experiences in duality. We are on the 4D bridge between the third and fifth dimensional worlds. It is on this bridge that everything will be revealed.

Our returning extraterrestrial correspondent Vital Frosi below reports to humanity about the transition from the old 3D to the new 5D World. And asks;

Is it Value or Price?

The time of revelations has come. Nothing will be hidden anymore, neither from our eyes, nor from our conscience. We are in the final phase of the Transition, precisely the phase that precedes the greatest Event, the phase that will sever the threads that still connect us to the World of the Third Dimension. 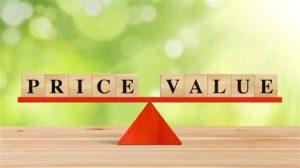 All the systems known to humanity will be reset, to trigger the start-up of the new systems. The expectation of the embodied soul is now great. Even though human consciousness cannot yet grasp the grandeur of such events, the soul in its highest version clearly sees a glimpse of what is to come.

With each passing day, more and more consciences that were shrouded in veils of oblivion begin to expand their understanding, giving each incarnate the chance to awaken from the long dark night of illusion.

What you didn’t understand a year ago now seems so familiar! Subjects you were not interested in before now begin to become clear. What first seemed like fiction now seems an acceptable reality. And everything that seemed real now seems like an illusion.

Yes, you are awakening! The high-frequency energy now coming to earth is causing such possibilities. All those who are awakening will now have an favourable time to open their eyes for good. There will be no more illusions for this part of humanity.

We have said so many times that the Planetary Transition is in its final moments. At least 1/3 of the incarnated will be able to ascend in this current incarnation.

Remember also that this is the last chance, as there will be no other incarnations in duality on planet Earth.

There has been enough time for all souls to prepare. Hundreds and even over a thousand previous incarnations most incarnates have already had. No one will be able to say that he has not had time to learn what duality means. Everyone has gone through all the possible and imaginary polarities of this School of Souls.

Time is fast running out now! What used to take centuries can now take only a few months. It is time for all of us! Wake up! Don’t sleep anymore! The hour is still early, and many may not realise that time is running out. The Portals of Ascension are already open. You have to pass through them to reach the New Earth. When the bell rings, they will close for those left behind and nothing more can be done for them. 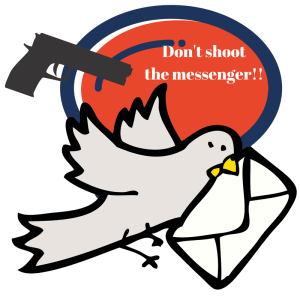 There is no lack of messages and messengers bringing the Good News. There was no lack of opportunities to redeem oneself from evil deeds. There was no lack of signs coming from everywhere and from on high. But it was always said that there had to be ears to hear and eyes to see. To understand the purpose for each of us incarnated here on earth. Everyone had been warned! Insistently warned!

Now the wheat has been separated from the chaff. Now everyone knows the difference between value and price. Value and price are very different things. Many incarnates attached more importance to ethical and moral values, and qualities overcome by hard trials. While others adapted because of the price of every act or action.

A man who has value has gained wealth in heaven. In contrast, one who has set a price for every deed or action has conquered goods that will no longer exist, because they are impermanent. They are now of no value to him. On the contrary, what had a price will have to be redeemed, as all debts must be paid.

Many choose to sell themselves to gain worldly benefits. These have a price. Others prefer to build a life based on the smoothness of every action, always respecting everything and everyone and living their days in their most perfect awareness of ethics and responsibility. These are people who have value.

This value can be used as a bargaining chip when it is time to pass through the Ascension Gate. The price is the contribution to be paid before passing through the gates. So, now you are beginning to understand these differences better. Price is the amount to be paid, and that has no other perspective. Value, on the other hand, is what it is really worth, and no money in the world can buy that.

Many incarnations allow themselves to be bought, and that comes with a price tag. They spend the resources they have accumulated on worldly things, because what is easily earned is easily consumed. Like commodities, it is traded.

Remember the parable of the merchants in the temple. These will not inherit the Kingdom of Heaven, that is; they will not experience the ascension that leads to the New Earth. 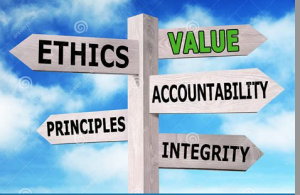 Those who honoured moral values, on the other hand, deserve the right to inherit the New Earth. And that is priceless! There is nothing in the world that can buy such a precious possession of such value.

“Do not create a fortune on earth at the expense of the riches of heaven.”

This message sums up everything in today’s text. Many let themselves be sold for a trifle. In times of elections, we still see those who have a price. Interests are sold or bought by those who have no value. They trade their souls in the Holy Temple. They lend themselves to the interests of a few at the expense of many.

Perhaps it is time for each person to evaluate their situation. Do you have value or only a price?

Beware, everything is about to change

Big changes, everything is about to change, Global Financial Armageddon, Is it Value or Price?