The Deep State Power is Broken

The Great Awakening Itself

The cause is the loss of meaning

From Dark to Light

Planet Earth moves from ancient negative third to the positive fifth dimension that will reshape us and the planet. It is the time to bathe in the Light and relax in the knowledge that good work has been done; the Deep State global Mafia has been defeated. The waiting is for the Awakening of the Masses, before we can start with the total clean-up of planet Earth. Just, because there is no physical evidence of our work yet, that does not mean that nothing 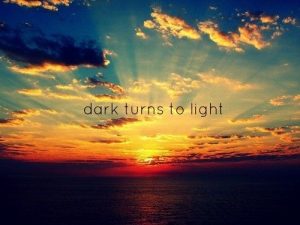 has been achieved. For much of our work has indeed taken place behind the scenes. Others, fortunately see how much we have helped to spread the Light on a planet that has been dark for hundreds of thousands of years. Once the Light has spread across the world, there is no way back to darkness.

Many have spoken to others to convince them, to stand up for our rights and have protested in Marches for Freedom. All this work is praised because it has helped a large part of humanity to wake up. The time has now come for all humanity to Awaken. And to take the path to the Fifth Dimension; every awake one is able to do the ascent on their own, without waiting for others.

We have all been through so much in the past and many of you now feel disillusioned, tired, weak, exhausted and wonder what we are fighting for? You wonder when the darkness that has been hanging over us for so long will end and why we are still walking the earth’s surface at all. Many feel depressed because families and friends are still asleep and why we have not been able to wake them up, so to speak. Never doubt that your life has been in vain. You who are awake are the strong ones who hold the light so that others can follow you.

The Deep State Power is Taken Away 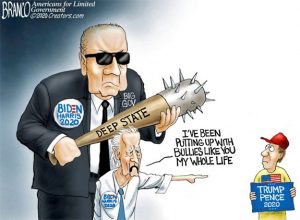 There will be less caring for the material things and a life of being tied to our “Slave Statuses” and a renewal in humanity of goodness to all things and a new understanding of our real genetics and abilities and the discard of the old system of wars, hate, greed, lies, control systems and the creatures that are responsible for the many centuries of human misery.

This new dimension of planetary consciousness along with the release of hidden patents will make life longer, healthier, and less costly. Everything is being evaluated and changed or discarded as you will see.

The Greys and Draco’s, that are some of the Satanic species are removed from planet earth as a result of the Galactic Federations decision to expel them. You may look back at those SCI FI-movies and think, My God, much of these stories are true.

The Covid pandemic has long been planned in advance, to act when their own demise might begin; and then to let the entire world population “go down with them”. This has become their main reason for mandatory vaccinations worldwide; supported by the “vaccine passport”.

The vax-attack on children is as dark as Hell and it’s almost unconscionable that this would be happening to them right in front of our eyes. It is surprising, parents haven’t taken the effort to investigate the harm done by these injections to their beloved children! They instead should have defended them.

However, like all the sheeple they follow the behavioural norms which can be as restrictive as chains. Just look at how quickly society was spun into an obedient, nonsensical clown-show, simply because the media endlessly encouraged them how to behave by telling, what was expected, to remain a decent member of the herd.

Those of us who remain defiant in spirit realise that for now, the MSM outguns all of us with sincere intentions, judging the quantity of people that eagerly lined up for their free poisonous injection. Despite, the plenty of warnings against the mass fulfilment of crimes against children and humanity.

It seems ever more likely that the real mass revelation of industrial-scale cruelty to children, will be because of our favourite foe-of-the-moment – the Covid Vaccines!

In fact, there are some quite strong indicators that suggest that the poor little souls who perish by needles, will be the mother of all wake-up calls to humanity.

The Great Awakening Itself 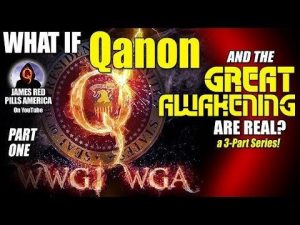 The 5G , C band, with satellites, is to be activated globally!  In accordance to a reliable contractor for TELUS/BC Hydro. However this info falls under severe censorship as it is constantly removed instantly from the internet.  At seems, Satan is playing his last hands, as it is very difficult to predict future events. For your information 5G at high intensity will kill, people containing nan particles massively, as seen in Wuhan, China.  Estimates are that at least 23 million were killed in that first experiment over a year ago.  For anyone who have been paying attention, 5G is intended to interact with the genocidal Covid vaccinations, and will cause unprecedented mass death. This will be blamed on “The Unvaccinated” and the recently launched Omicron variant. At least people are warned, again.

As proof watch this video to learn what is in store for the sheeple, it is the full blown Agenda 2030. People awake and understand you all are being grandiosely deceived.

After all, this ‘thinning of the herd’ which carefully has been pre-planned, because nothing of it is being done by accident. These vaccines were always meant to harm people on a grand scale, which also means that people could have known all this in advance, if proper research was undertaken, as every detail was already in the open many years in advance. Even George Orwell wrote in 1948 about this happening in his book 1984!

Undoubtedly, Trump and the Patriots knew that children would become under attack from the jabs too. Pfizer didn’t just think of this, just as Bill Gates was always going to target our most precious.

This means that they always knew that they would have to get the syringes authorised for use on children – otherwise they would face the problem explained beforehand by RFK Jr. He explained; they desperately needed liability protection for the syringes – and they could not get it for compulsory injections on children!

This was an unforeseen problem for the Darks who had carefully planned the whole operation. Since there is no scientific evidence of a pandemic, there is no emergency for its application, why can’t they make it legal now?

That makes them vulnerable, because they are presumably not protected from liability, and therefore they are currently in a very risky situation. The Patriots know that the best way to defeat the enemy is to manoeuvre him from within into his own destruction.

So, imagine how many lawsuits they could face if they continue without immunity. Think how big the scandal will be if parents start lawsuits, toppling Big Pharma for crimes against humanity. Think of the enormity of it.

Imagine how quickly the vaccinated public will realise that they have been deceived. Tricked into harming themselves and their children.

Understand well, that this is part of the plan, to tactically force Big Pharma into this position, where the extent of their crimes against children can be brought out into the open and seen in the light of day by the MSM.

Won’t that shock the world enormously? Most probably, more than anything else!

If anything can light a fire under the collective butts of the massively compliant vaccinated, this should be it.

The Cause is the Loss of Meaning

The most pressing problem facing mankind today is the loss of the concept of meaning. Meaning is based on the past. When knowledge of the past declines, so does the meaning of life. Today’s man no longer knows where he came from, who he is and where he is going. One has become the plaything of powers that can lead them at will.

Disengaged from the past, there is no foothold, no yardstick. And without a yardstick that is oriented towards reality, there is no possibility of developing a true understanding of what is happening in the world. Only the way back to the roots gives meaning to life again. 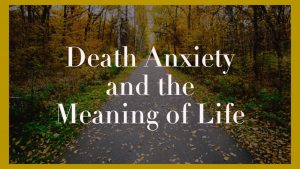 Unfortunately, a large part of the population is too stupid to understand that they have been deceived on all fronts and aspects of life, even human history of the last few hundred years has been changed, so that people today know neither their past nor their future, they have simply become consuming zombies. For example; They believe in the value of paper printed with numbers, rows of numbers on in their account, combined with the belief in the value of their work, which enslaves them, while others benefit.

There can be no monetary system if the belief is based on artificially created value, which is an illusion that keeps mankind from relating to life. In doing so, they are also subject to the false notion that their very existence is life itself, which also leads them to believe in the false notion that life is something or someone that belongs to them. So far, this false belief in a false concept, makes them slaves to the monetary system.

Think about this, and spread this message wherever you can for the sake of humanity!

Think about it, and spread this message wherever you can for the sake of mankind!